The owners of an Auckland apartment complex have filed a $60 million leaky homes claim against the firms involved in its construction, and the Auckland Council, after serious building defects were discovered. 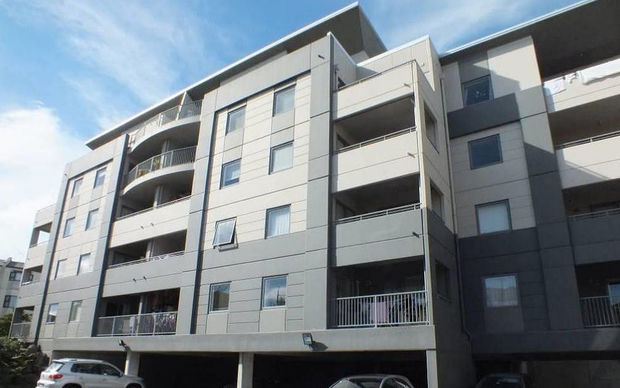 It is the largest leaky homes claim ever in New Zealand.

Construction on St Lukes Garden Apartments in Mount Albert began in 2003 and finished in 2011, with most owners seeing the modern apartment complex as a low-risk, stable investment.

However, many of the 285 units spread across 15 buildings show serious signs of building defects and damage, fire safety oversights and leaking external walls.

"There are structural issues, particularly in relation to the support of some of the buildings that have carparking underneath ... that's primarily of concern around an event such as an earthquake or similar. 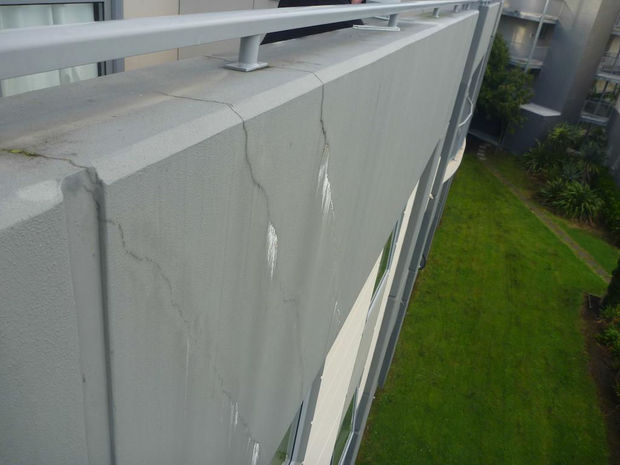 Cracks in the prefabricated panels with lime leaching out indicated there was moisture in the panel, Mr Levie said. Photo: SUPPLIED

"Of more concern and expense to repair is that it's a concrete building, primarily built with prefabricated panels - and those panels are cracking and letting moisture through.

"That moisture is then sitting and causing problems and turning into mould," he said.

A claim was filed about two years ago, and subsequent investigations have seen the cost of repairs balloon to $60m.

Mr Levie said the litigation was likely to be a long and arduous affair, which would place serious financial strain on some people.

"When you buy into a complex such as St Lukes Gardens, you take on responsibility not only for your unit but also for common property, which often includes walkways and external walls.

"When issues arise, all owners become involved and are required to contribute to resolve the issues." 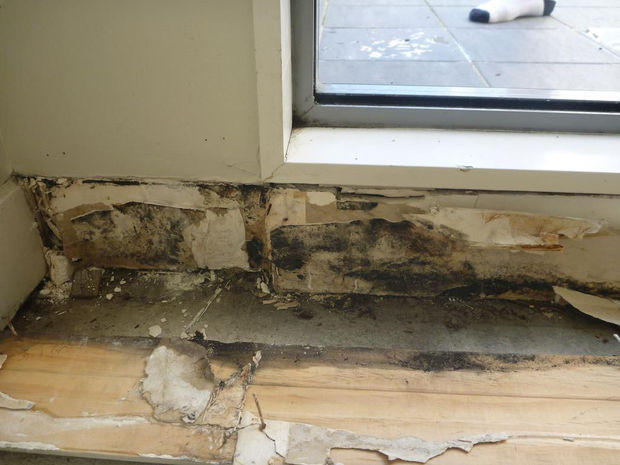 Mould in the linings under the french door resulting from moisture getting in, Mr Levie said. Photo: SUPPLIED

Many apartments within the complex had no signs of mould or water damage, but their owners would have to contribute nonetheless.

Mr Levie said some owners were having to pay for repairs until the claim can be settled, which he hoped would happen by early next year.

Further complicating matters was the difficulty in identifying who was to blame. 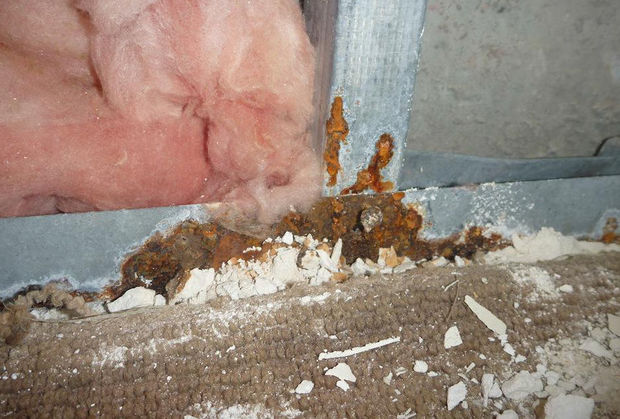 Several different firms worked on the design and construction of the different blocks, and certification was issued by both Auckland Council and a private certifier.

Legal proceedings have been issued against fourteen separate defendants.

The Auckland Council acknowledged it was among the seven defendants, and said it was unable to comment while the matter was before the High Court. 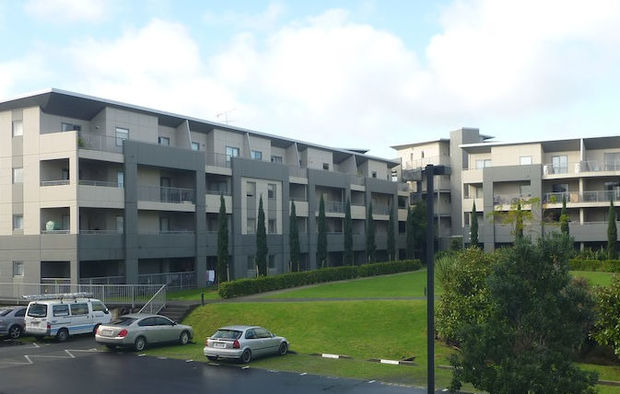