Lying just north of Te Urewera, Kawerau is home to just 7000 people - 60 percent of them Maori. 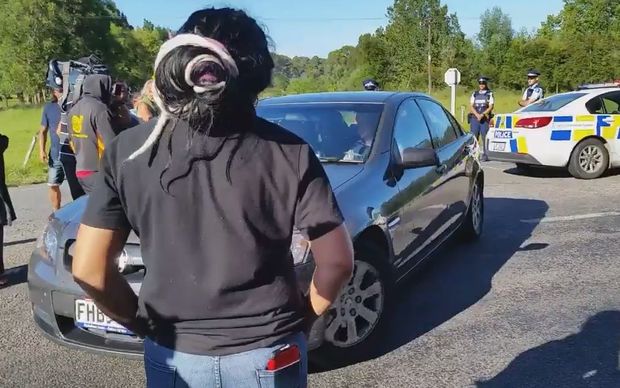 The town's fortunes have risen and fallen in step with the local paper mill, which was built in the 1950s and employed 2000 people in its hey-day.

Those jobs have dwindled to fewer than 200 over the years, leaving Kawerau with one of the highest rates of unemployment in the country.

More on the stand-off with police

In 2014, RNZ News reported about a third of the town relies on some kind of benefit, and half of the families living there earn less than $40,000 a year. 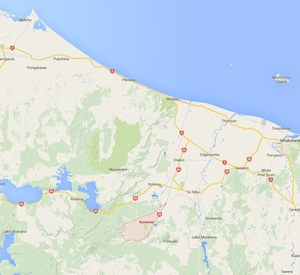 Kawerau is a small town in Bay of Plenty with a population of about 7000. Photo: Google Maps

Then, the local mayor Malcolm Campbell said there were families in his town who were into their third generation of unemployment.

The town has suffered more than its fair share of violence, and the Mongrel Mob is firmly entrenched.

Just a week ago, an 18-year-old was charged with the murder of another local man.

You do not have to go far back in the news archives to find other mentions of Kawerau: Barry Junior Hunt, 31, died after being hit in the head with an axe during a fight last July; another man was hospitalised with life-threatening injuries when he was stabbed last October; three Mongrel Mob members were sentenced to 12 years in prison for a 2013 shooting of two men over drugs.

Kawerau locals have staunchly defended their town though.

Ivy Williams, who had lived in Kawerau for 48 years, told RNZ News in 2014 that she got angry when people talked about her town negatively.

There were a lot of good people in Kawerau and it was a good community, Mrs Williams said.

There was also a glimmer of hope for the town's employment prospects last September, when Eastland Group and the local Maori landowners got the green light to construct a geothermal power plant a few kilometres from Kawerau.