The sister of a woman killed while removing metal barriers from SH3 a year and a half ago says she is relieved the defendants pleaded guilty. 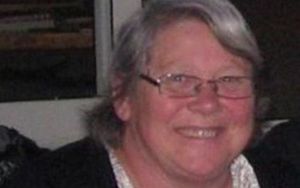 Three Taranaki men, aged 17, 19 and 21, admitted causing the death of Christine Fairweather in August 2014 by putting the barriers on the road.

She was hit and killed by a motorist when she was trying to move them.

Ms Fairweather's sister, Dianne Coleman, said the three young men's guilty pleas had saved the family the ordeal of going through a trial.

Samuel Lance Hawkins, 19, Daniel George Gavin, 21, and a 17-year-old who has interim name suppression pleaded guilty to manslaughter in the High Court in New Plymouth on Friday.

On 2 August 2014, Christine Fairweather stopped to remove the metal barriers the men had put on the road at Normanby.

She was hit and killed by a ute driven by Geoff Douglas Hart, who admitted careless driving causing death and was sentenced in January 2015 to 100 hours of community work.

Dianne Coleman said the judge's decision to refer the men to restorative justice would not bring her sister back, but would help the family come to terms with their grief.

"If victims partake in these processes they can only come out winning," she said. "They get the opportunity to actually speak to the people who have caused the grief - they're not protected by lawyers or the courts, so it's a very open process."

The three men have been ordered to reappear at New Plymouth High Court for sentencing on 5 April.