Two brave teenagers who tried to save a drowning man, a police officer who hauled another man out of the ocean, and a young artist tackling bullying through art have been recognised in Wellington's Safety in the City Awards. 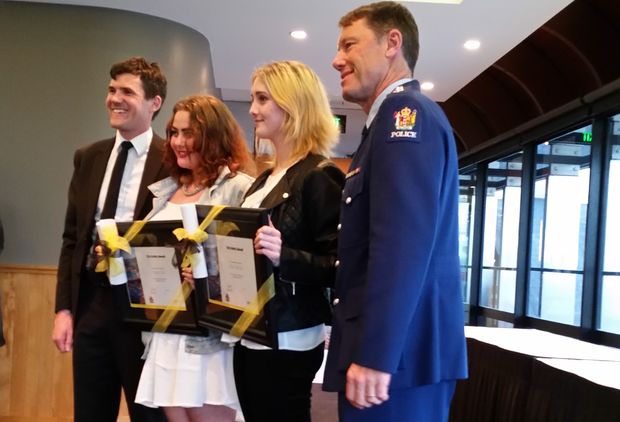 In March, Kelly McKay and Payge Olds were at Burden's Gate at Eastbourne when they were approached by a man late in the evening who was in a frantic state, relaying news of someone drowning in the ocean nearby.

The man wasn't a confident swimmer so 16-year-old Payge fearlessly swam more than 70 metres in an attempt to rescue the man, while bystanders shone lights on the water.

She pulled him to the surface, and towed him ashore, where her cousin Kelly, also 16, performed CPR in an attempt to revive the man. The man was taken to hospital but died some days later.

Both girls have been recognised for their bravery.

At the award ceremony last night, Payge said she didn't give her own safety a thought before making the swim.

"You don't really think about anything at all, you're just kind of determined to get out there, that's the only thing on your mind," she said.

"You don't think about it until after, and then I was thinking about sharks."

Her cousin said trying to give the man CPR was traumatising, but she had to give it her best shot for the sake of the man and his family.

"When people keep calling us heroes, we don't necessarily think we are because I'm pretty sure anyone our age would go out and save someone if they were in that position."

Rhys Egan, 19, was honoured for his work with young people to create a mural in central Wellington's Boulcott Street to condemn bullying.

He said, with social media, anti-social behaviour had moved to a new level.

"You can be passive-aggressive with anonymous comments on pictures and, even though you don't see the direct cause of your actions, they are still happening.

"And that's one thing that really needs to be addressed now with this generation." 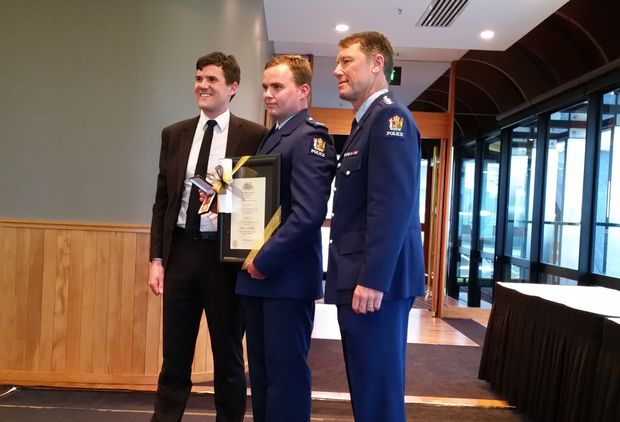 In October last year, he dived into the cold rough waters of Island Bay in gale-force winds because a dinghy with a man in it had capsized on its way to the island.

He swam over 300 metres and rescued the young man - and, in the process, became another reluctant hero.

"You don't really think about it, it's just part of your work, the everyday thing you do when you sign up for the job, you know, helping people in need."

Other people recognised last night for selflessness included Charles Swart from Lyall Bay Surf Lifesaving Club, who rescued a struggling young surfer who had been knocked off his board by a large wave and was struggling with the swell.

Awards were also given to the volunteers who monitor the city's CCTV system for crime.