A mother of two has been honoured for diving into a burning car to save two girls while on a trip to the supermarket. 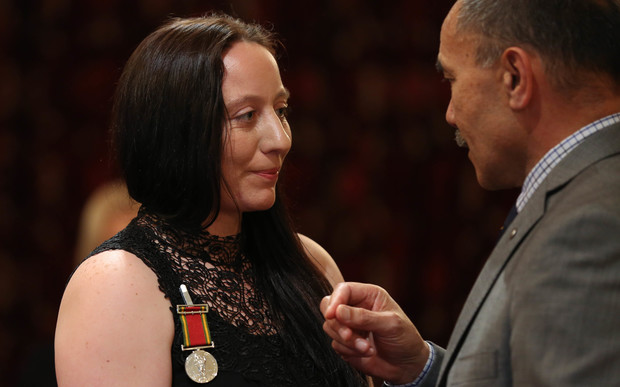 Presented today in Wellington by Governor-General Sir Jerry Mateparae, the award recognises people who put their lives at risk to rescue others.

On 14 January 2014, Ms Duckmanton - a 28-year-old mother of two - was putting her groceries into the car at a Palmerston North supermarket when it all happened.

"When I heard that there was a minivan on fire with kids in it, you just run to it. It just happened really fast."

She dived into the burning car to save a 10-month-old baby and a three-year-old girl both trapped in car seats as their mother visited the pharmacy.

St John staff treated Ms Duckmanton and the two children for smoke inhalation and burns and the baby was taken to hospital for observation.

She had no idea on that day that she would get the award today.

"I just thought, you know, the kids are safe and that was it basically. It's super cool that they do this to people who risk their lives to save others." 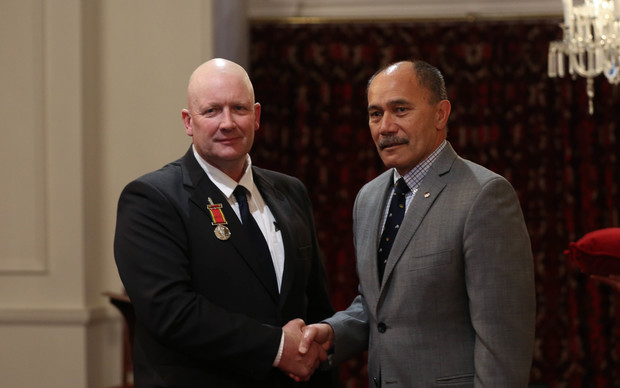 Helicopter pilot John Oakes of Otago also risked his life - coming to the rescue of three people injured in a crash in Antarctica.

When their chopper went down behind his, John Oakes landed in dangerous conditions and then ensured their survival overnight through a blizzard.

He flew out next morning with two of the injured, but then had to come back after refuelling and configuring the helicopter to fit a stretcher and doctor as the wind was picking up.

"It was a bad event and it all went well afterwards ... the weather window gave us a good gap to get them out and make it all happen so that everyone got out safely."

"Bit surprised because we were really doing our job. It's what we're there to do; to fly people round and look after them as best we can."

The pair were attempting to reach the 6900m summit of never-before-attempted peak Anidesha Chuli in Nepal.

However, a small avalanche caused Scott to fall about 90 metres down ice cliffs and snow-covered ramps, connected only by a rope with Ben and one snow stake anchor.

He was knocked unconscious and left hanging upside down. 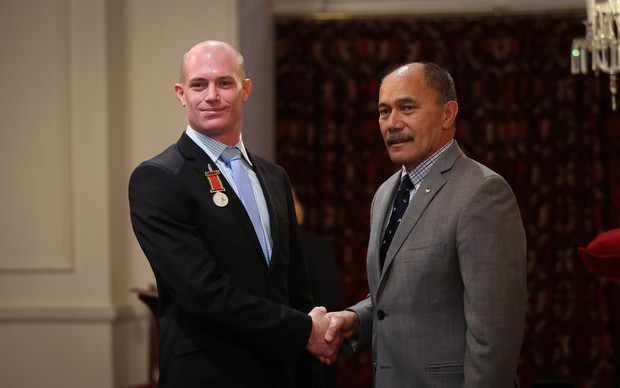 After reaching him, Ben Dare lowered his climbing partner and their gear 100 metres to a ledge where they stayed overnight before a dangerous trip back to camp.

"Obviously it was a fairly harrowing time but it's one of those things that goes with the game, with climbing. You need to be prepared for that and it was one of those things. You'd like to think that anyone would do it for you and I'm sure Scott would have done the same if the roles had been reversed."

Today's award was made all the sweeter with Scott Blackford-Scheele coming over from Melbourne for the ceremony.

"It's a great honour. I guess to have the act recognised and then also to share that with others, and in particular to have Scott here to receive it makes it very special."

Despite the scare, Mr Dare said he has not been put off climbing.

"Never give up even when times are tough, just dig deep, and you'll be amazed what you can do when under pressure."