The Anglican Church has given ground in an attempt to break the four-year legal impasse over the future of the quake-damaged Christ Church Cathedral.

The fate of the cathedral has been uncertain since the February 2011 earthquake caused severe damage to the historic building. 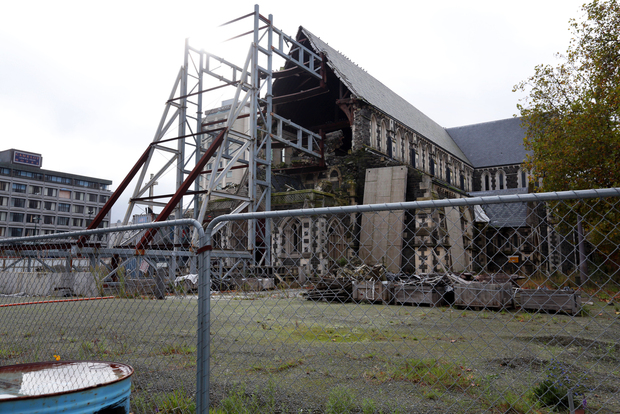 Many legal challenges to conserve the city's icon have been undertaken in the last four years, but until now, the Church has favoured demolishing the Cathedral and replacing it with a building of contemporary design.

A spokesman for the Anglican Church, Jayson Rhodes, said a plan by New Zealand architect Sir Miles Warren would be reconsidered by the Church Property Trustees, restoration advocates and the public.

The design, considered in 2012 during public consultation, combines Gothic architecture and modern elements. 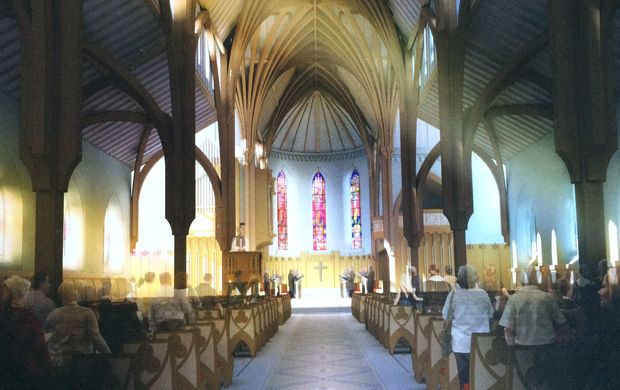 The Supreme Court last year ruled that the church was free to demolish the cathedral and build another one, but Mr Rhodes said community groups and heritage advocates had indicated they would continue opposing the church's deconstruction.

The church feared the threat of further legal opposition would continue to delay the rebuild of Christchurch's Cathedral Square.

Mr Rhodes said the fate of the cathedral was a vital component of the city's rebuild.

"Let's not beat around the bush. This is a compromise," he said.

"There was overwhelming public support for a contemporary cathedral but when there's ongoing threats of more and more legal action that will keep the cathedral, and effectively the city, in court for years to come, there's got to be other pathways checked."

Mr Rhodes said the Church Property Trustees were "more than aware ... that in the middle of the square there is pretty much paralysis".

Outgoing CCDU director Warwick Isaacs said the fate of the cathedral would affect when the project could start.

Demolition not a compromise - Anderton

Great Christchruch Buildings Trust co-chairman Jim Anderton said the trust was not in the business of choosing architects but of restoring important heritage buildings.

The Trust has provided the main legal opposition to the cathedral's demolition since the earthquakes.

Mr Anderton said if Sir Warren's design went ahead, the heritage-listed cathedral would have to be demolished.

"I don't see how that's a compromise," he said.

"The cathedral would be demolished and then you would start again so that's not a restoration."

Mr Anderton said the Trust's engineers and the Church's engineers would soon meet to see what real compromise could be had.

He said Sir Miles' design would cost about $35 million - a fraction of the estimated $300 million value of Christ Church Cathedral.