The endangered New Zealand sea lion could be in line for an image makeover in the same way as the North American grizzly bear.

After being hunted to the brink of extinction, the New Zealand sea lion is now back on the Otago-Southland coast, numbering up to about 200 animals.

But that has raised some problems as people adjust to having them back. Two weeks ago, the swimming pool at Dunedin's St Clair had to be evacuated when a young sea lion wandered into the hot salt-water pool. 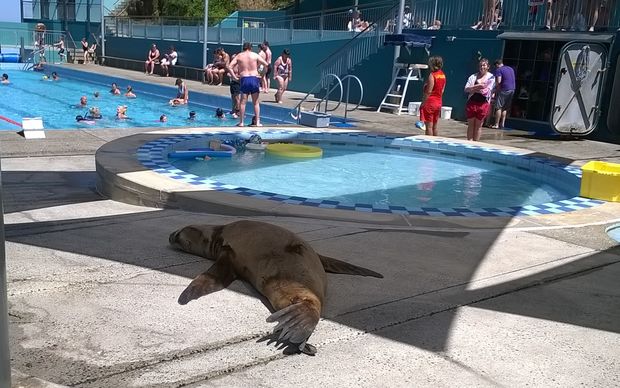 Now, a group of US students is working with the Department of Conservation to look at whether the species needs to be "rebranded."

The group was starting on surveys of 400 people, from Dunedin down to Stewart Island, to find out what they know about the endangered mammal and how they view them.

Student Jessica Desmond from Worcester Polytechnic Institute in Massachusetts, said they were asking whether people had heard of the sea lion, where they got their information, and whether people were willing to support the mammals' conservation.

Ms Desmond said it was clear some people were worried they might get confronted by an angry wild animal and said they did not feel safe.

One of the questions was whether people were willing to share beach space with sea lions, or to close beaches for them. 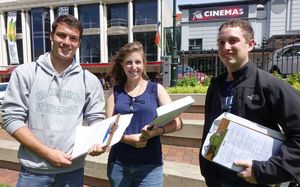 Another of the students, Thomas Nuthman, said the aim was to come up with suggestions for better education campaigns for the animal to help it thrive.

Mr Nuthman said the North American grizzly bear and gray wolf had been hunted and poached for years, but in the 1950s and 1960s there was a huge push to rebrand them in the media.

"They became more of a national heritage symbol in the United States rather than some horrible animal to be feared and killed on sight," said Mr Nuthman.

Shaun McConkey from the New Zealand Sea Lion Trust said it might be a matter of branding the sea lion positively, rather than having to re-brand it, because few people have had many experiences of it.

"The key message is to give them space," he said.

The trust wanted to know what people's views were and where they were getting their information from, so it could learn what sorts of areas to target.

The students aimed to finish a report by early March.