The Government is to develop a plan to better protect the endangered New Zealand sea lion - the rarest in the world. 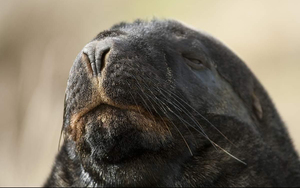 The number of sea lion pups at the main breeding ground is down 18 percent on last year.

Just 1575 pups have been counted at the Auckland Islands, the third lowest since monitoring started in the mid-1990s.

Conservation Minister Nick Smith said the cause of the decline was not clear but changes to the environment, less food for the sea lions and disease are believed to be responsible.

Dr Smith said a bacterial infection has killed up to 300 pups.

"It seems to be the same disease that hit the population back in 2003. It's killing a significant number of the pups and we need to explore whether there are interventions such as vaccination or treatment that might be able to reduce that number."

He said incidental captures from fishing have only accounted for a small number of deaths since the introduction last year of a device that allows the sea lions to escape trawl nets.

The plan, being developed by the Department of Conservation and the Ministry for Primary Industries, could include new marine mammal sanctuaries and extra measures to reduce deaths from fishing.