The National Party is once again facing scrutiny for misleading election advertising, after a ruling from the Advertising Standards Authority (ASA). 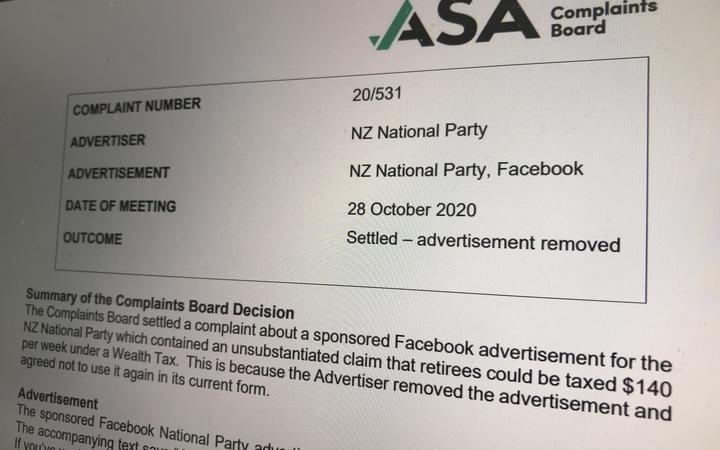 The industry watchdog found that a National Party ad claiming retirees would pay an extra $140 a week under the Green Party's proposed wealth tax was misleading.

Dunedin-based climate activist Adam Currie, who brought the complaint, said the ad was widely seen over the four days it was on Facebook.

"It's really misleading and really harmful to see these mistruths be peddled over and over again," he said.

"It's really hurting our democracy"

While the ad provided a link to further information on the party website, the figure of $140 extra per week was not substantiated.

It is the third such complaint upheld against the party this year, following earlier decisions on ads about beneficiaries and car emissions.

While the ad was found to be misleading, the complaint was deemed settled because the ad had finished running and was pulled early.

The National Party now has the opportunity to appeal the decision, as they have done with previous complaints.