A National Party advertisement on petrol prices was not misleading, the Advertising Standards Authority has ruled. 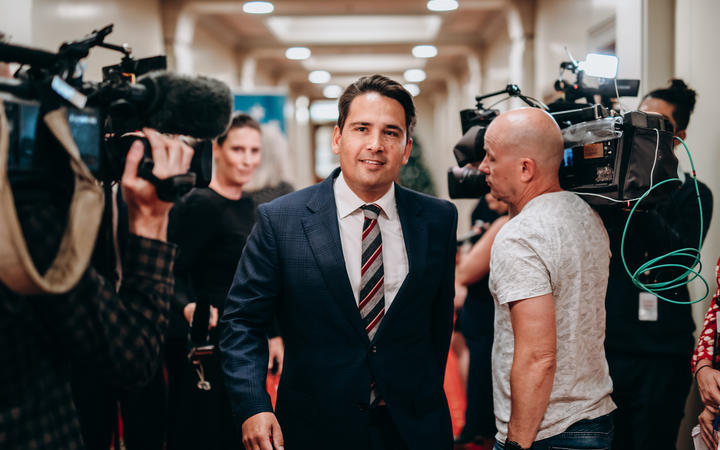 Yesterday the ASA published rulings on complaints on three different ads - none of which were upheld.

One ad, which had four complaints, compared average fuel prices and taxes under National between 2008 and 2017, to average prices under Labour on 29 November 2019.

It also featured a bar graph that was not to scale.

Another ad, with nine complaints, featured a bar graph comparing rents under National and Labour - which was again not to scale.

A third complaint was laid against an ad which used a movie poster format with images of Prime Minister Jacinda Ardern and Finance Minister Grant Robertson and included the text "How to lose a surplus in 2 years".

The Complaints Board ruled that National's social media ads were "advocacy advertising" and therefore robust expression of opinion was allowed provided the advertiser was clearly identified.

A majority of the board found that the data displayed on the two ads with graphs was correct and sourced, which saved the hyperbolic graphic from being misleading.

However on the fuel ad, a minority of the board disagreed and said it was said it was "reasonable for an audience to assume the visual element of a graphic comparison would match the numerical data it represents".

"The minority considered that some consumers would rely solely on the bar graph proportions rather than the numbers provided, especially when viewed in conjunction with the strong wording used in the text of the advertisement that said the government was "fleecing New Zealanders", the ruling read.

One of the four people who complained about this ad, Dylan Reeve, said he was disappointed by the ruling.

"I kind of expected them to let them go on the graph - you know, graphs get misused in advertising all the time, frequently not showing the axis properly or not labelling things.

"But I thought averaging nine years of data and comparing to one sample was just not a representative way of showing the data," he said.

Reeve said in his view something that is "mischievous" is "inherently not honest".

"The main reason I complained in this instance is because I'd seen a lot of ads from the National Party which I felt were definitely finding the most extreme way to present their argument.

"I feel that they're walking on the wrong side of honesty and I don't want to see our election campaign heading that way," he said.

Reeve said he was contemplating whether or not to appeal the ruling.

A spokesperson for National said they were always confident their social media ads were not misleading.

"We welcome these decisions. We were simply doing what a good Opposition does, holding the government to account for its failures," a spokesperson said.

While Souter agreed that the graph bars did not match up to the numbers, she said this ad was the National Party's interpretation of information that's in the public domain.

"We're not in a maths exam, we're in a robust political environment with debate from many different parties and commentators on this sort of information.

She said the board had considered the context and the ad's identification of the source of information in its decision.

"The majority of the board felt the numbers in this ad were very clear, it's impossible to miss them even if you choose to also at look the representation of these bars."

The board also made the point that because the ad was only on Facebook and Twitter, its impact was limited. However, Souter said they couldn't measure exactly how many people would have viewed the ad.

"[The National Party] posted it on their page, so you only saw it if you were on their page or someone you knew chose to [share] it with you and that's a slightly different set of circumstances to a political party or any other advertiser sponsoring an ad on a social media platform, where it's pushed out into feeds of random individuals all over the country."

However, she said this decision was not necessarily marking a precedent for other political ads.

"Each ad has to stand on its own merit and obviously the board look at previous decisions but they are not bound by them, and on a case by case basis these things are assessed: is the identity of the advertiser clear, is the information that they are comparing clear for the readers, is the source of the information identified, and then [the board] make an assessment."

"There are other decisions out there that have taken a different perspective on other matters that have been advertised in recent times."

She said they were expecting an influx of more complaints considering it was election year and political parties' campaigns would heat up. They were also expecting a fast turnaround to have ads pulled during this time if complaints are upheld, she said.