The Speaker has limited the number of questions Simon Bridges can ask in the House as a punishment for the National Party defying Trevor Mallard by not pulling down their attack ads. 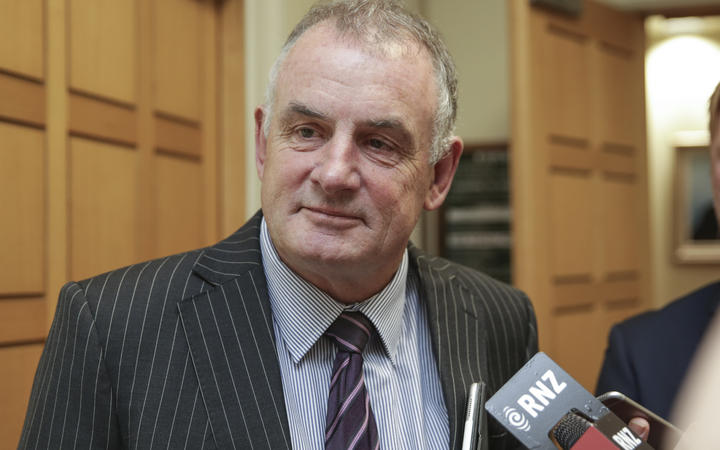 Mr Mallard made the ruling in the House last month after receiving a letter from the Labour Party whip complaining about parliamentary footage being used without the permission of MPs, and publishing a false and misleading account of proceedings.

But the National Party thumbed its nose at the Speaker by ignoring the deadline.

The entire caucus then posted an attack ad en masse, putting the whole party in contempt of Parliament.

Today Mr Mallard said he was disappointed with the defiance, but he has stopped short of sending the entire caucus to the Privileges Committee for further disciplinary action.

"I relied on assurances given by the National Party that my requirement to take down the advertisement would be complied with and I am disappointed to have been misled,'' he said in his ruling.

Instead the Speaker has restricted the number of supplementary questions Mr Bridges can ask in the House to just five a day until the attack ads get pulled down.

The number of questions will continue to decrease each week as long as the National Party keeps the attack ads online.

Mr Mallard said any new advertisements will also result in a further reduction.

But Mr Bridges doubted his party would pull down their attack ads, despite the punishment.

"My current intention is to keep the videos there, I think it's too important.''

He said he would talk to his colleagues about the Speaker's ruling.

"I'll talk to some colleagues, I'm not inclined to stop that,'' he said.

Mr Bridges hoped the ban will be lifted quickly through changes to the standing orders.

"My hope is that we resolve this quickly by having standing orders committee look at it.

"We've now put in a submission to that standing orders committee, we're trying to with Christopher Finlayson QC have him come along and present our submission as early as this Thursday if we possibly can,'' he said.

"And that would be good to get this done and dusted so we can all get on to our prospective roles.''