In an act of mass defiance, the National Party has thumbed its nose at the Speaker over his ruling that all political attack ads with edited Parliamentary TV footage have to be removed by 5pm. 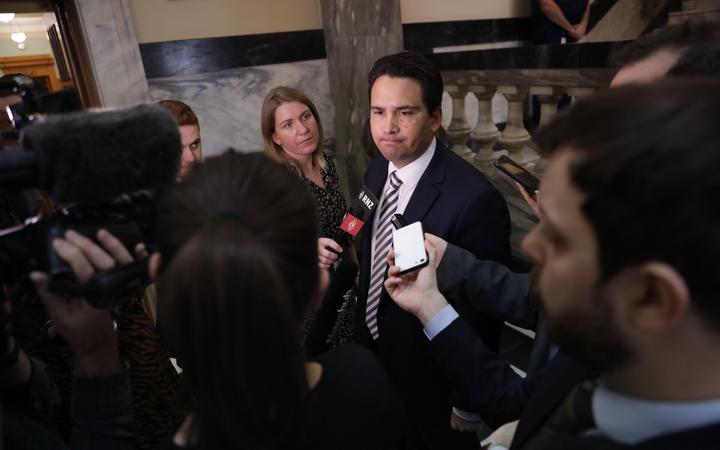 Every single National Party MP has posted a video on Facebook in breach of Trevor Mallard's ruling putting the entire caucus in contempt of Parliament.

It comes on the back of a complaint from the Labour Party about the footage being used without MPs' permission and in a misleading way.

The most recent example of the ads is Labour MP Deborah Russell being mocked for her spiel on ancient philosophers and their tenuous connection to the government's Wellbeing Budget.

That is the ad the National Party caucus have posted en masse just as the ban kicked in.

National believes in freedom of speech. That’s why we won’t delete social media videos as the Speaker of the House has ruled after a complaint from Labour.

Here’s the video they don’t think we should be allowed to show you. pic.twitter.com/a2LT1A4e0h

As the ban kicked in, all National MPs re-posted the video with this message:

"National believes in freedom of speech. That's why we won't delete social media videos as the Speaker of the House has ruled after a complaint from Labour.

Here's the video they don't think we should be allowed to show you". 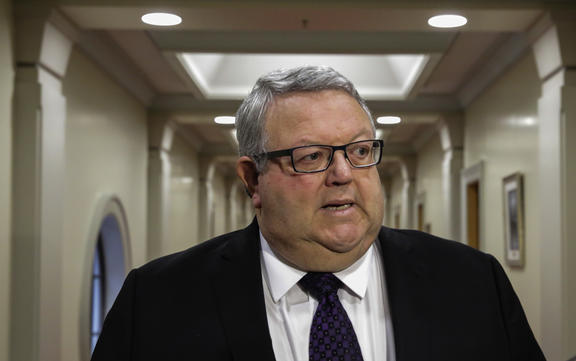 Yesterday shadow leader of the House Gerry Brownlee told RNZ National would comply with the ruling because it was the responsible thing to do.

However, today he said National had worked out that the Speaker didn't have the authority to give this order.

"The Speaker could have sent this matter to the privileges committee to be determined, he could've determined that there was a matter of privilege in that event.

"He hasn't done that, so it's not like he could put in place an interim injunction, he doesn't have that authority", he said.

Mr Brownlee said National maintained its ads did not break the rules.

"This is a deliberate attempt to shut down what was very effective communication, using the words of members of Parliament in a way that was readily disseminated to the public."

Mr Brownlee said National decided not to take the high road and await the outcome of the Standing Orders Committee process because that would take months.

"So we should accept that the Speaker has the right to veto what we are able to communicate to the rest of the country?

"Let's be clear that process would take months, it could even be frustrated well into next year and that effectively means that this is a gagging attempt by the Speaker.

"We don't believe he has the authority to do that," Mr Brownlee said.

In 2017 as part of a review of Parliament's rules, the conditions for the use of official television coverage loosened.

MPs representing all parties agreed to drop the ban on using coverage of proceedings for "satire, ridicule or denigration", but were happy to stick with the rule footage must not be used for political advertising or elections campaigning (except with the permission of all members shown) or for commercial sponsorship or commercial advertising.

It was then-leader of the House Simon Bridges who in 2017, together with the rest of the National Party in government, who chose not to loosen the rules around political advertising.

Otago University Public Law professor Andrew Geddis said it's silly to try to protect how Parliament is shown or viewed in this day and age and thinks it would be easier if the standing orders committee just got rid of the restriction around political advertising.

He also said the Speaker was simply doing his job of interpreting and enforcing Parliament's rules.

Sir Kerry introduced TV coverage of all Parliamentary debates in the late 1980s.

"I was inspired by the televising of the Ontario provincial parliament, and it was a very popular channel and it was well watched, so I proposed it here. Muldoon was not happy about it but we got it through the Standing Orders Committee", he said.

Sir Kerry said he never envisaged it would be edited for "partisan purposes".

"I think if any parties in Parliament cut-and-paste television coverage of the House I'd be unhappy about it. That's not what it's for.

"It's for people to watch just like they're watching any sport, this is a contest in Parliament between various points of view.

"Good on them they go at it, but I think it's almost a form of cheating", he said.