Labour would negotiate to extend the life of the Tiwai Point Aluminium smelter by three to five years if elected, it says. 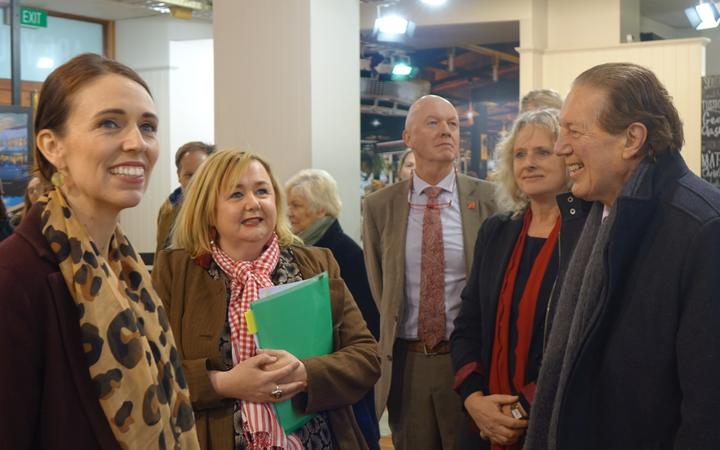 Party leader Jacinda Ardern and energy spokesperson Megan Woods announced the plan today, with negotiations focused on establishing a fair price for the transmission costs paid to Transpower by the smelter.

The party said it would require work on remediation, maintaining employment, and working with the government on future use of the site as conditions for the pricing, and would maintain the government's stance - in place since 2013 - of not directly subsidising the smelter's owner Rio Tinto.

The party would do this while also committing to maintaining fair electricity prices for consumers across New Zealand.

Labour says the extension would allow for jobs to be protected in the short term, while providing the community with time to consider alternative options.

The policy also includes expanding the Just Transition unit within MBIE, which focuses on reshaping New Zealand's energy system to be more renewable, affordable and secure, with an additional $5 million per year to support regions beyond Taranaki.

In a statement, Dr Woods said the party wanted to support Southland to develop new industries that are future focused and provide well paid jobs for the region.

"We will be investing in Southland's economic development based on a transition plan developed by local leaders and the community. Southland has a proud history as a productive region and we believe they have a productive future as well."

"Normally, any reduction in transmission costs for a major customer like the smelter would result in higher prices for other consumers. Labour will negotiate a way forward to keep the smelter operating and prevent extra costs falling on other consumers," she said.

The National Party announced a month ago it would extend the closure by at least five years, with leader Judith Collins saying she was confident a commercial deal could be reached.

"It's so flattering having the leader of the Labour party copy our plan," Collins said at a separate announcement for National's retraining policy today.

"I think that it's probably very late to the party," she said. "I don't think we can afford as a country to just say 'let's all play hardball today'."

She said it was important for New Zealanders who cared about climate change to understand the smelter used renewable energy, which was not the case for other smelters around the world.

In a statement, New Zealand First leader Winston Peters said Labour's announcement was "ironic" and better than late than never.

"There's no better testament to the influence of New Zealand First than this race to keep up with our commitment to keep Tiwai running for another 20 years," he said.

However, he said Labour's position was confused.

"We find it difficult to see how a $5 million 'Just Transition' investment ... will save one job in Southland. It will merely create many more Wellington bureaucrats.

"Additionally, Southlanders should remember the experience of West Coasters after the last Labour government doled out a $100m transition package. Did that achieve economic transformation on the West Coast? No."

He said Southlanders should not vote for "pale imitations", but "the one party that has shown support for your long term job security from the get-go".