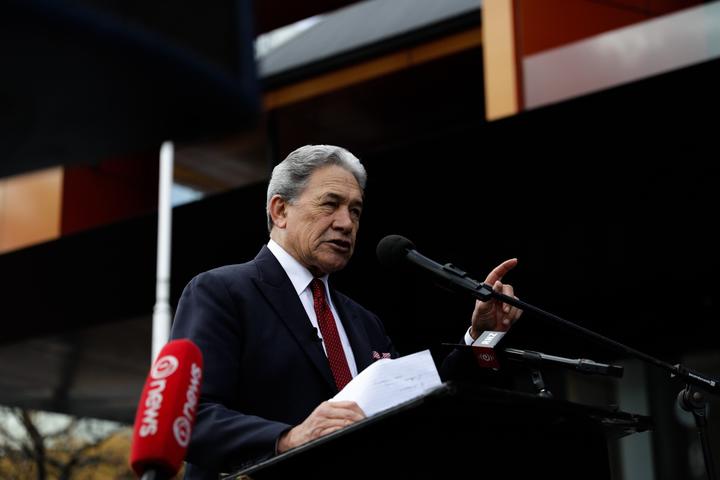 After a slow and lacklustre slog through the South Island on his nationwide 'Back Your Future' bus tour last week, things could only improve for the 75-year-old seasoned politician.

This campaign is hard work for all MPs but Peters has appeared to struggle more than most, unable to rely on his bread-and-butter packed town hall meetings and not quite mastering the walkabout.

While it wasn't a hall he found himself in on Wednesday in Tauranga - the electorate he first won in 1984 - it was a sizeable and socially-distanced gathering of about 100 outdoors in the Red Square.

And it was complete with his favourite - hecklers.

There was the woman with bright red hair carrying a Family First placard with Jacinda Ardern's face on it saying unborn babies are people too.

She had a particularly yappy dog in tow and after a series of interruptions Peters asked her to get rid of it, to no avail.

Then there was the woman who challenged him for not wearing a mask. 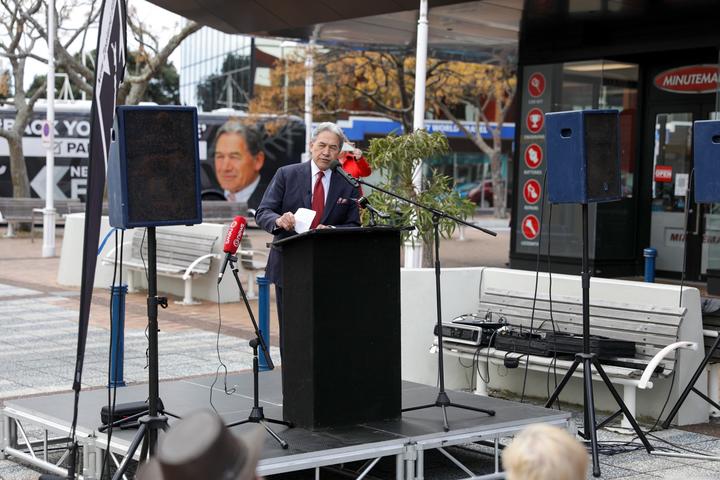 Winston Peters talked to a sizeable and socially distance crowd of about 100 in the Red Square in Tauranga. Photo: RNZ/ Simon Rogers

Peters decided she was a Māori Party supporter and a Covid-19 denier and told her to leave - eventually she did.

The gathered crowd - some clear supporters, others just passing by and a few just keen to see Peters in the flesh - were attentive and laughed at his jokes.

It was classic Peters in full flight.

The media got a serve more than once, as did Labour and the Greens. 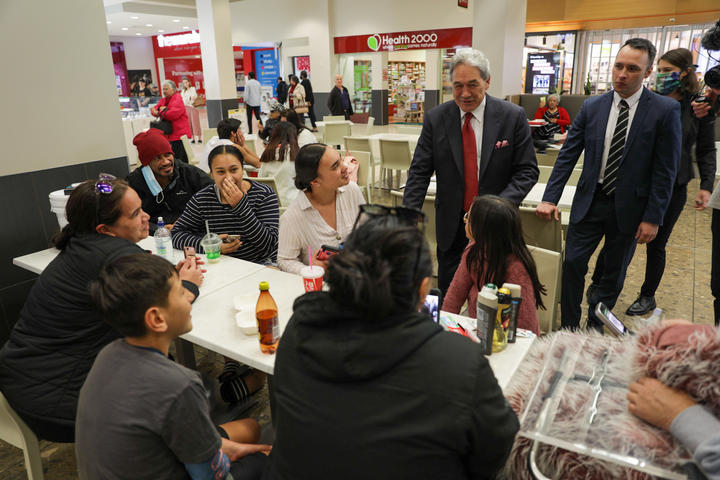 National and ACT supporters got told to go find an abacus if they thought the math would ever add up to the two parties being in power after 17 October.

And to round things off those gathered were told not once, not twice, but three times to "take out some insurance" and back New Zealand First.

If those in the crowd had, like the media who have spent years following him, heard the one-liners before, they did a good job of not letting on.

In fact they lapped it up.

With a Serious Fraud Office investigation casting a shadow over the New Zealand First campaign, at times over the last fortnight it has felt like Peters was just going through the motions. 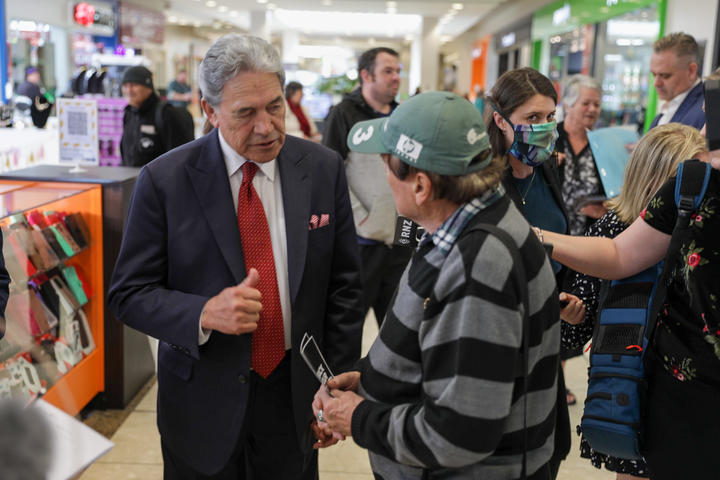 Peters seems to have worked out how "to actually talk to people in this strange Covid-19 campaign world". Photo: RNZ / Simon Rogers

But he's found his mojo again.

In Tauranga and Rotorua he was almost mobbed by pensioners keen to thank him for their SuperGold card benefits.

Peters had planned to head to Auckland at the end of this week but with such heavy restrictions still in place in the country's largest city it's simply not conducive to his campaign style.

Instead he will continue to focus on the provinces and head to the super city when the level 2 rules ease.

Many have already written Peters off, but he's only two weeks into a six week campaign and he's certainly put the long hours in from one end of the country to the other.

But more importantly, he's finally worked out how to actually talk to people in this strange Covid-19 campaign world.

Turns out you really can teach an old dog new tricks.