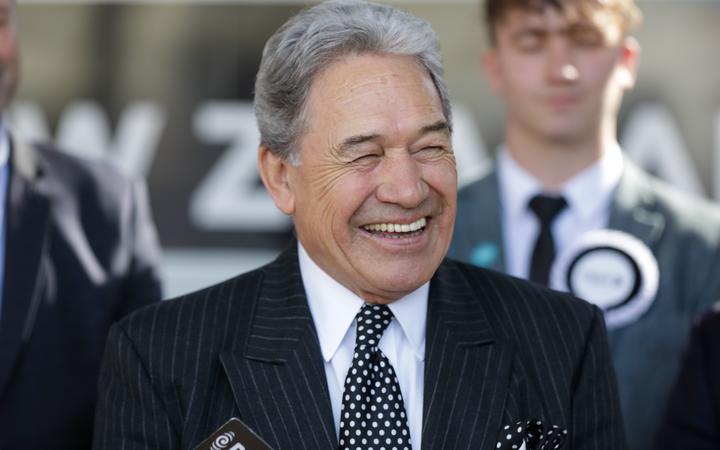 At at a public meeting in Tauranga this morning, Peters told media the party contacted him when the new political movement first formed.

Peters would not say who approached him but said he did not give the idea any serious thought.

"Yes, before they even got under way. They had this group formed, and I said no."

"I said I'd keep it in confidence ... they wanted to join New Zealand First."

The Advance NZ is led by disgraced former National MP Jami-Lee Ross and Billy Te Kahika, who has been criticised over misinformation and the spread of conspiracy theories.

Peters said he did not know if there were more conspiracy theories now than in previous campaigns.

"There are some flat earth societies in this world, there are some people whose understanding of the facts is actually appalling and there is a serious danger, particularly in the Māori and Polynesian world.

"They should get off the kool-aid and get out of this business if that's what they think that their purpose is."