Jacinda Ardern returned to Whakatāne today for the first time since the aftermath of the Whakaari / White Island eruption which claimed 21 lives.

The Labour leader had morning tea with the first responders on what is the nine-month anniversary of the tragedy.

She said the horrors of the day are etched into her memory.

"I think that you wouldn't be human if it wasn't. I think it's not just us as the hospital staff that it will have a lasting effect on, I think it's the whole country," she said.

Ardern met with first responders at the Whakatāne Library and Exhibition Centre.

She told them that the extreme care they showed to victims has meant families overseas feel a strong connection to New Zealand.

"And in some cases they have said if they were to lose a loved one anywhere that this is the place that they would want them to be safe and held and cared for," she said.

One hospital worker told Ardern that the journey to recovery for them is ongoing and that it has been hijacked by Covid-19.

"It is totally understandable given the trauma of that event, and it was incredibly traumatic for those involved, that it is still so raw and as they've said they've had the double whammy of Covid on top as well," she said. 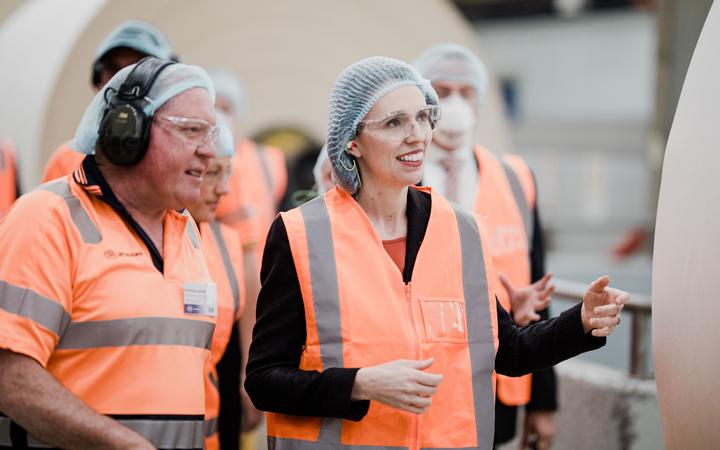 Jacinda Ardern also visited the Whakatāne Mill during her visit to the town that has been hit hard by both the Whakaari / White Island eruption and Covid-19. Photo: RNZ / Dom Thomas

When asked whether she would support a Royal Commission into the disaster, Ardern said she felt the WorkSafe and coronial inquiries needed to run their course.

She believed a Royal Commission would duplicate much of that work.

However, National leader Judith Collins today promised there would be a Royal Commission if she was prime minister.

She said given the "magnitude" of the disaster she believed it needed to have that "level of oversight".

"I think it deserves it. It is a huge loss of people and massive injuries to others whose lives were saved. I think there should be one into it, I think it's something New Zealanders would want to see," Collins said.

"They haven't forgotten what they saw and what they had to do. And sometimes somebody just saying 'we know that was hard and we're grateful for what you did' is really comforting," she said.

Mark Inman, who lost his brother Hayden Marshall-Inman in the eruption, said this tragedy has brought the already tight knit community closer together.

He said finding closure has been hard, because his brother's body has never been recovered.

But he said every 9th of the month a group gathers on the beach to remember him.

Inman said Covid-19 has dealt another blow to the community and he thinks it will unfortunately impact plans for marking the one-year anniversary for many of the international families.

The fallout from the eruption and then Covid-19 has hit the local tourism industry hard. 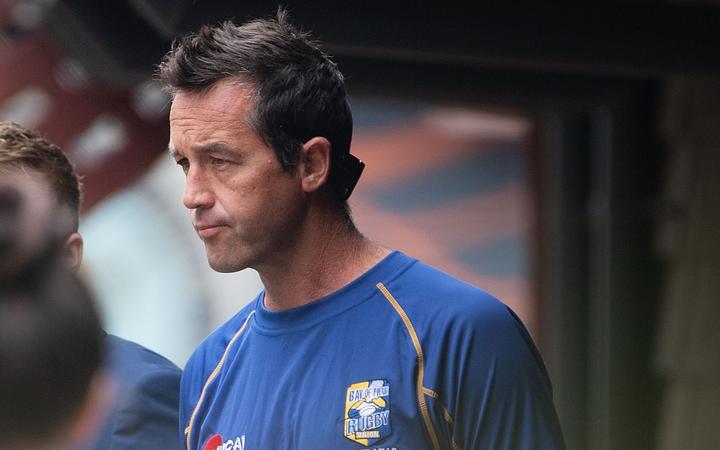 Mark Inman says his sister will not make it to New Zealand from Canada as the family marks the one-year anniversary since the death of their brother. Photo: AFP

Diveworks Charters owner Steph Vandusschoten said while now is always a quiet period - they didn't make enough over summer to see them through winter.

Her husband has had to pick up extra work cleaning sewers through the council's Kia Kaha programme.

"We're really, really thankful because we've got food on the table, so we're happy," she said.

She said while they are holding on to a piece of string, she has decided to be positive.

Vandusschoten said she is feeling optimistic that when summer comes New Zealanders will flock to explore their own backyard and help keep businesses like hers afloat.

Also today, the Labour Party has released its tax policy and is promising to increase tax on the country's highest 2 percent of earners and close loopholes so multi-nationals pay their fair share of tax.

The policy is forecast to generate $550 million of revenue a year.

Labour's finance spokesperson Grant Robertson said the policy's about maintaining investment in crucial services, while keeping tax rates exactly the same as they are now for the vast majority of New Zealanders.

He said there'd be no other new taxes, or increases under a Labour government.

"This is the totality of our tax policy," she said.

"It's about choosing an option that's best for New Zealand in this time."

Ardern said the tax policy will only affect few New Zealanders while ensuring the government can fund high quality health and education.

"This is a really difficult time in New Zealand's history and we've chosen an option that we feel balances people's need for certainty right now."

On Covid-19, Ardern said any countries contact tracing process come up against issues from time to time.