New Zealand First leader Winston Peters wants the election delayed, saying there is now no ability to conduct a free and fair election on 19 September. 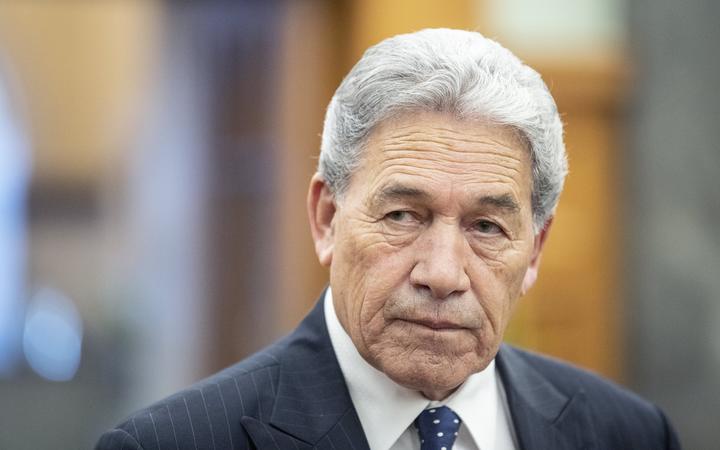 He has written to the Prime Minister Jacinda Ardern and has asked for her to delay the general election to 21 November.

National says it could back 21 November as the new date.

Ardern will reveal tomorrow morning if the election will go ahead next month, or if it will be delayed because of the cluster of Covid-19 in Auckland.

Last week she delayed the dissolution of Parliament until tomorrow, in light of the new community outbreak.

In the letter, sent to Ardern on 14 August, Peters said community transmission in Auckland had already disrupted electioneering, with all political parties suspending their campaigns.

The ability for parties to campaign for a 19 September election had been "fatally compromised," he wrote.

If the level 3 lockdown in Auckland is extended, the legitimacy of next month's election would be undermined, he said, adding it would be "neither free nor fair".

Voters need to hear from all political parties about their Covid response plans and other policies, but until Auckland's alert level drops the "playing field is hopelessly compromised," he said.

Political parties would have only six days to campaign before overseas voting begins on 2 September and nine days before advance voting begins if Ardern doesn't delay the election, Peters said.

The legitimacy of the election result could be undermined if Ardern chose not to delay the election,"creating an awful precedent which could be abused by the prime minister's successors", he said.

"People will be driven to the conclusion, in the absence of any empirical evidence to the contrary, that the election date choice is being forced from a minority position to achieve a certain outcome," Peters added.

Peters believed holding an election under level 2 would be "hugely problematic" as about 750,000 voters would be asked to lodge postal votes.

In his letter, Peters said he was alarmed to read in a briefing given to the Minister of Justice, Andrew Little, on 12 August, that stated "there are capacity limits to the number of postal votes the Commission can process".

This raised serious questions, he said, such as whether there is operational capacity to cope with the volume of postal votes in Auckland and potentially elsewhere, if the postal system can ensure no legitimate votes are rejected and the fairness of the result if older and more vulnerable New Zealanders cannot vote in-person.

Since receiving the Peters' letter, Ardern has spoken to the New Zealand First leader. She will announce her decision at 10am tomorrow.