Analysis - Judith Collins pushes for the election to be delayed as the Covid-19 outbreak tips over campaign plans and Gerry Brownlee is accused of undermining efforts to control the virus. 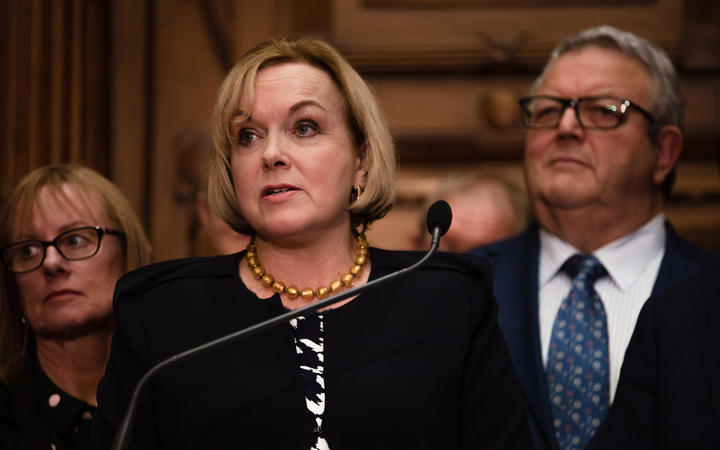 It's been another momentous week as the Covid-19 outbreak brought a halt to party campaigns and Prime Minister Jacinda Ardern now has to decide whether to delay the election.

National's leader, Judith Collins, wants it put back to at least November or even held off until next year.

Here are her reasons: "It is simply unsuitable to expect there to be a fair and just election at a time when the opposition parties and other parties in government are not free to campaign,"

Collins needs a delay, and if that happens there are clear advantages for National. It was poorly prepared for the election after its leadership fiasco, Labour has a huge lead in the polls and Ardern is a very popular prime minister.

All that could change - given time. National would be able to gather its resources, whip its new team into top shape and prepare itself for a fresh campaign. Public confidence in the government's ability to handle Covid-19 could diminish, the economy could take another big hit and Ardern's popularity could be dented.

National's ideal scenario would be an election taking place amid economic despair, the prime minister wilting under pressure and her team of five million giving up on her.

None of that is happening now. The economy was recovering more quickly than had been expected and if the new outbreak can be contained it will not make a significant difference.

Another problem for National is that the government is firmly in charge of the pandemic response and Ardern is on television nearly every day.

Collins is doing her best to neutralise that and get in on the act, to have some relevance to events.

She wants to be consulted on big decisions, and says it's convention for governments to bring in the opposition when an election is close. She refers to the Cabinet Manual to support her argument.

Victoria University's Professor of Public Law Dean Knight disagrees with her. "The government has full power to take decisions prior to the election and is under no legal or customary obligation to consult the opposition about major decisions such as Covid-19 alert levels," he said on Nine to Noon.

Collins wants health officials to announce alert level changes, not Ardern. That was rejected by Finance Minister Grant Robertson, who said people expected the prime minister to take the lead and run the response.

"It comes back to the point that we are still the government, we have an important job to do in making sure we get on top of this outbreak, it is her job to lead the country through this" Robertson said.

"National is relying on the economy getting weaker… and so the later the election is, the more likely it is, in their view, that the economy will suffer and that therefore their political fortunes will rise," he said.

Shaw thinks the Electoral Commission should be left to decide whether there should be a delay. It has the power to do that, but not for political reasons.

A delay would also favour New Zealand First because it would give the party opportunities to lift its poll ratings. Leader Winston Peters suggested a delay when Covid-19 first reached New Zealand but isn't pushing for it now. Health had to come first, he said, and if the election had to be delayed "then so be it".

Does Collins' claim that opposition parties cannot campaign stand up? Professor of Communications Claire Robinson doesn't think so. Speaking on RNZ she said voters were not starved of information and the only thing candidates can't do was go around shaking hands with people.

Grant Duncan, an associate professor at Massey, doesn't think it should be delayed. "If we can do our grocery shopping under lockdown, we can vote under lockdown too," he said in an article published by Stuff.

"It [a delay] only defers uncertainty about public safety at the polls. No one can predict whether one month later, for example, will be more or less safe than the scheduled date."

He pointed out that the Electoral Commission had already planned for a safe election, booking in more and larger voting venues to allow for social distancing.

Ardern doesn't have much time to decide. The government pushed back the dissolution of Parliament to Monday, and if it goes ahead the election process has officially started.

Delay isn't a simple procedure. Jane Patterson explains it in her Power Play and The House looks at the dissolution of Parliament during an interview with the Clerk of the House, David Wilson.

While Collins was calling for a delay and making as much noise as she could, her deputy Gerry Brownlee caused an uproar by suggesting the government had withheld information on the latest outbreak. He listed an allegedly suspicious series of events, which included the Director-General of Health, Dr Ashley Bloomfield, telling New Zealanders to be prepared for a second wave and to get masks.

This is what Brownlee said: "Then you saw the prime minister's visit to a mask factory… along with Dr Bloomfield, after 103 days of no community transmission, having a test himself - all very interesting things to happen a matter of hours before there was a notification of the largest residential part of New Zealand going into a level three lockdown."

Questioned by journalists, Brownlee said he was "just outlining facts… it's an interesting series of facts".

Grant Robertson reacted angrily, calling it "ridiculous nonsense". He told Morning Report Brownlee was effectively accusing Bloomfield of being involved in "some kind of collusion or cover-up".

James Shaw said Brownlee's comments were "incredibly dangerous" and he was worried that misinformation was being spread at a time when there was susceptibility to conspiracy theories.

There was "a real risk" it would undermine public confidence. "You may find that people are less willing to do what it takes to stamp out the virus this time than they were last time."

Before the outbreak, Ardern said it was going to be a Covid election. Now the political landscape has shifted again - she didn't know how right she was going to be.