Power Play - Warnings another outbreak was bound to happen were not enough to prepare New Zealanders for the shock of seeing the country's largest city put back into level 3 lockdown. 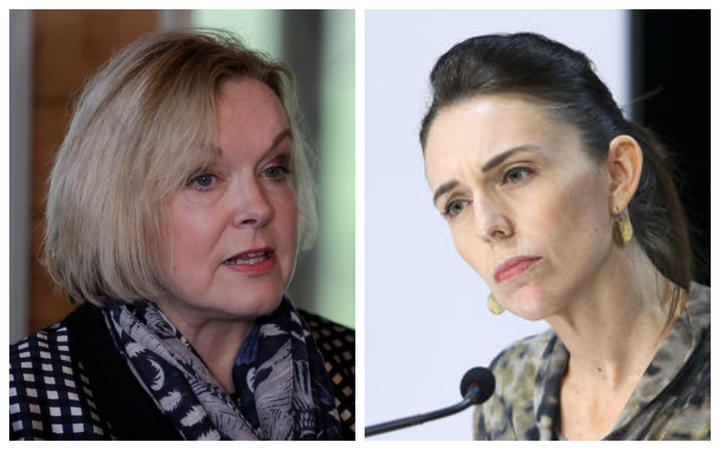 Judith Collins is accusing Jacinda Ardern of withholding information on some of this week's developments over the Covid-19 pandemic. Photo: RNZ / Getty Images

To further complicate matters, the nationwide election campaign had been gearing up. Those on the road witnessing the up close and personal nature of campaigning, the large crowds and freedom of movement had marvelled it was happening much as usual.

That, unfortunately, was short-lived.

There's now serious pressure to push out the election date, starting with slowing the next steps taken to end the parliamentary term and trigger an election. It's in the hands of the prime minister for now but other parties say it wouldn't be a fair race.

According to Ardern the latest it could be held is 21 November.

The date would have to allow enough time to release the final election and referendums results, and for the formation of a new government, before Christmas.

The main consideration will be: "Is it safe to vote?"

That is based on people being able to safely access polling booths with sanitising and social distancing - if they cannot it is up to ministers and political leaders to decide what would happen from there, with an obligation to put the interests of New Zealanders ahead of any political considerations.

Dissolution puts in train the issuing of the "writ" for the election - up until that's issued, the prime minister has the power to change the election date, after that the Electoral Commission can invoke emergency powers, and "adjourn" voting on a week by week basis.

Before doing that, though, the chief electoral officer would need to consult with Ardern and National leader Judith Collins, among others.

Dissolution was supposed to take place on Parliament's front steps this morning, but ministers have pushed it out until Monday. Ardern says "essentially, that doesn't stop the government from being able to make decisions".

"Cabinet continues to have a mandate to make the decisions that we've been talking about over these past 24 hours. But the Parliament dissolving does mean that, if we needed to convene Parliament for any reason, we wouldn't be able to do so."

This close to a general election the governing parties have a responsibility to work constructively with others when it comes to any major decisions - especially in a crisis - and to make sure the race is as even as possible.

National is calling for the 19 September election to be delayed, with Collins accusing Ardern of not consulting as fully as she should, and withholding key information about this week's decisions.

Decisions will have have to be made soon, with a set timetable that has to be followed in the weeks leading up the election.

If Parliament is dissolved next Monday, the election could still be held on 19 September. If it's not, the prime minister will have to choose another election date.

Parliament could also force an extension of this term with a 75 percent majority, but that would have to happen before the term is formally ended. 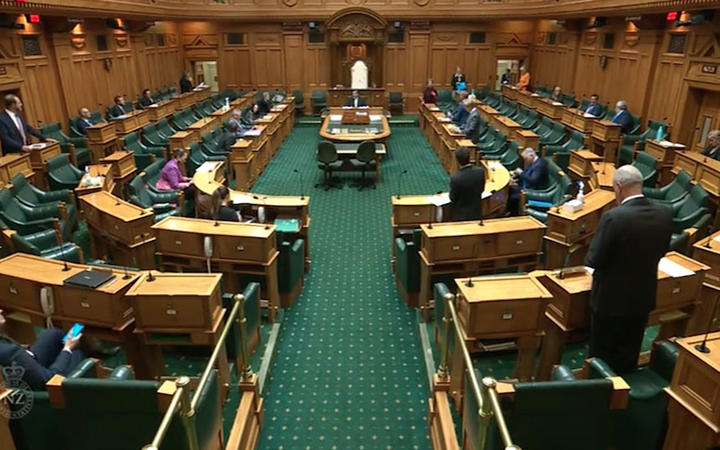 Parliament is due to be dissolved next week, although a 75 percent majority of MPs could extend it. (file photo). Photo: Screenshot/New Zealand Parliament

All parties except Labour took a hit over the national lockdown earlier in the year, with National one of the worst affected.

They'll be alarmed at the prospect of another extended period of Ardern leading the response and dominating the media; her personal popularity is sky high and other leaders are only too well aware of the direct risks to them.

National says it is a health crisis and should be handled by the director general of health, not a politician.

Campaigning has been suspended while all parties watch the developments in Auckland carefully - what happens there will determine not only how politicians take their message to the electorate but potentially the election date itself.

National is fighting to keep itself in the story, by taking on Ardern over her treatment of the main opposition party.

Collins and her deputy Brownlee are clearly happy to keep challenging and questioning in a way designed to keep the pressure on Ardern and her ministers, while running the risk of jarring with a public preparing to hunker down once again as a nation.