National leader Judith Collins says the entire National Party caucus had decided to vote against the Cannabis Legalisation and Control Bill in the referendum. 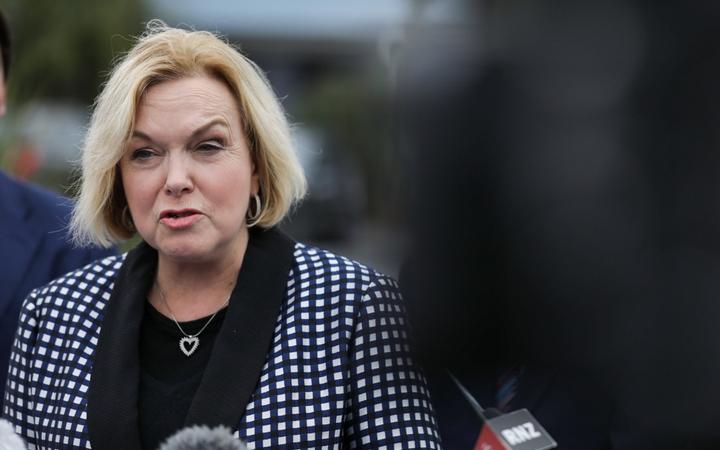 The referendum asks voters if they support the proposed Cannabis Legalisation and Control Bill, which would make recreational cannabis legal to consume in some circumstances.

Collins told RNZ's Checkpoint all the party's caucus would vote no in the referendum, on the basis it was "recreational cannabis, sale and use".

"It is not medicinal cannabis as some people have been misled to thinking. It is absolutely not something that people who care about the mental health of New Zealanders should be setting up a decision that tells yonger people in particular that this is something that won't do you any harm," she said.

The whole National Party caucus had agreed on the decision, and it was not a "captain's call", Collins said.

Labour does not have an official policy on the referendum, but its justice spokesperson Andrew Little and former health spokesperson David Clark have said they would vote for legalisation.

Labour leader Jacinda Ardern is maintaining her silence on recreational cannabis, rebuffing National's challenge for her to say how she'll vote in this year's referendum.

Collins threw down the gauntlet on the campaign trail this morning, demanding Ardern be upfront about her position.

"This is a very crucial vote for people. New Zealanders need to know where the prime minister stands on this," Collins said.

"It shouldn't be that big a deal for her, should it?"

Ardern has repeatedly declined to reveal which way she'll vote in the cannabis referendum, saying the decision ultimately lies with the public.

Asked again on Tuesday, Ardern stuck to that position.

"My vote I see as good as my neighbour's vote and equal to theirs," she said.

"I do want to be able to maintain the position that should people vote in favour or oppose, that I can then be seen to objectively facilitate that happening."

Collins told reporters it was "absolute codswallop" for Ardern to try keep her position quiet.

"For goodness' sake, you wouldn't let me get away with that one, would you?"

"We have seen the effects of recreational cannabis use on people, particularly those under the age of 26 whose brains are still growing," she said.