National wants to establish a police unit to disrupt gangs, tighten border controls to prevent drugs entering the country and expand the use of alcohol and drug courts. 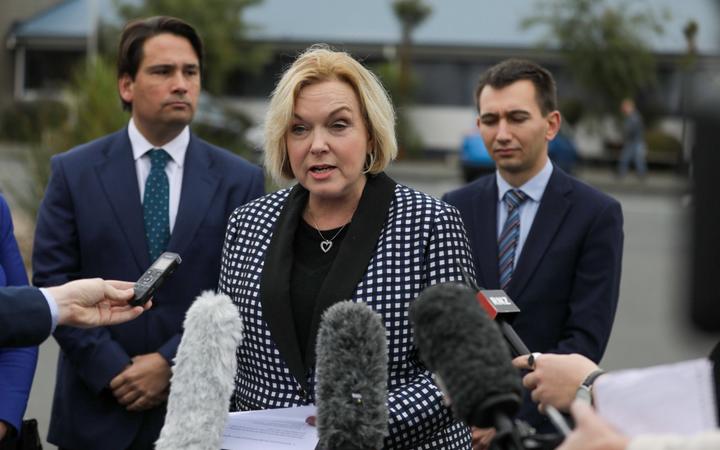 "Our policy is simple: Victims should get justice and criminals should be held accountable for the harm they cause, while also being rehabilitated into contributing members of our society," Collins said.

If elected, National would give the police greater powers to search the homes and cars of gang members for guns, introduce tougher sentences for gang-related crime and ban all gang insignia in public places.

It would also introduce a new aggravating factor in the Sentencing Act that would mean a judge would consider someone's offending while being a gang member, or in association with gang members and/or a gang, as well as changing the onus of proof on gang-related income which would mean anyone on the national gang list would need to prove their income came from a legitimate source.

National's justice spokesperson Simon Bridges said the party will support the police to disrupt and halt the operations' of gangs across the country.

"National will respond to the communities' concerns about the ability of gangs to intimidate the public by banning all gang insignia in public places," Bridges said.

The party would also amend the Arms Act and make another government agency responsible for administering the law, not the police.

Mental health facilities in policing would be expanded, funding and resourcing for the Independent Police Conduct Authority would be increased and more police would be deployed in rural areas.

It would also implement a new initiative - Clean Start - which would support recently-released prisoners to move away from where they committed the crime they were imprisoned for.

Corrections would work with community providers who have experience in delivering rehabilitation support to deliver the progamme that builds on the 'Out of the Gate' scheme started by the previous National government.