So quietly you can barely hear it, Judith Collins concedes she's the underdog as she prepares to take on Jacinda Ardern - but that's only concession you'll get from the National Party leader about winning. 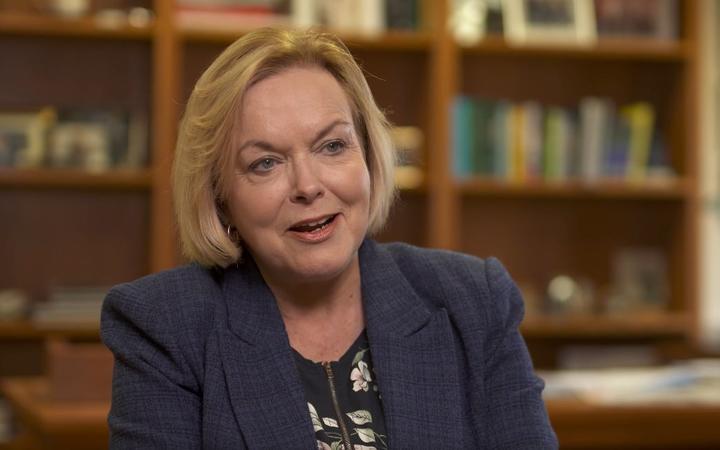 With Parliament dissolved and politicians ready to hit the campaign trail, RNZ presents a series of interviews with New Zealand's political leaders.

Collins is still shy of a month into the job but in her media blitz she and her arched eyebrows are everywhere, along with the party slogan "Strong team, More Jobs, Better Economy".

Is the tagline "strong team" verging on the comedic though, when you look back at the past few horror months for National: a rolling maul of resignations, sackings and leadership changes?

"Look at our front bench. Look at it," Collins says in defence.

Then follows a roll call of frontbenchers, their attributes and experience, including of deputy leader and long serving MP Gerry Brownlee.

"I mean that is an enormous wealth of experience that I bring, plus being ministers... Gerry with the Christchurch rebuild... and what he gave back to the people of New Zealand."

National not only lost some trust and credibility after the conduct of now former (or soon to be former) MPs, but the departure of Paula Bennett, Nikki Kaye and Amy Adams puts a big hole in that frontbench, not just as women MPs but as three seasoned former Cabinet ministers.

The MPs ensconced in the safest blue seats tend to be predominantly male, and many with strong conservative Christian views. Adams and Kaye represented the more socially liberal wing of National and with sitting MPs Chris Bishop and Nicola Willis in potentially in precarious positions, the face of the party looks quite different to what it was under John Key and even Bill English. The lean towards that religious or social conservatism may not sit so comfortably with right leaning voters looking more to National for economic leadership.

Beating Labour and Jacinda Ardern is a "big ask", Collins says, but she's playing to win.

She gives recent examples of the polls being proved wrong, providing some hope and confidence.

"The polls all said Brexit was going to fail, people said that Boris Johnson wouldn't get to be leader of the Conservatives and win an election and he did. People also said polls were obviously against Scott Morrison, closer to home, and said Bill Shorten was just going to romp him and look what happened here."

She believes voters will back National, pointing to the public response when she's out and about.

"I've never seen crowds like this, someone said to me the other day when I was in Palmerston North and there were 420 people in a packed out convention centre, standing room only that the last time he'd seen anything like this was in the days of Muldoon. So that was the year 1975 when he took out a first term Labour government."

Many of those at the Palmerston North convention centre would have been National supporters any may not need much convincing, but Collins says leaders would ignore those loyalists at their peril.

"Very easily parties can become very disconnected from reality by chasing everyone else's vote but that base is not just our base, plenty of other people have been turning up at those meetings who are not hard core National party people and they're turning up and they want to hear what we've got to say.

"So always shore up the base, but from there move out and I think that just standing for something makes a big difference for people.

"If I stand for what I believe in, if the National Party stands for what it believes in, that it will in fact bring people to us.

"That has been shown time and time again, how to win is not just trying to race off and appease particular groups and try to be something else. There's no point me trying to be the leader of the Labour party, although I think I'd be excellent at the role should I wish to.

"Jacinda Ardern has said she accepts there is an election, well, welcome to democracy, I'd say. You have to have an election and by the way, it's going to be a contest of ideas for the National Party."

Collins has no qualms taking Ardern on directly and criticising her personal performance.

She asserts she's a decisive leader - "unlike Ardern", and Collins includes in her assessment the much lauded role the prime minister played in the Covid-19 response.

"Very easy to close down borders, very hard to actually reset and restart an economy and that is where we are seeing no policy whatsoever from the government." 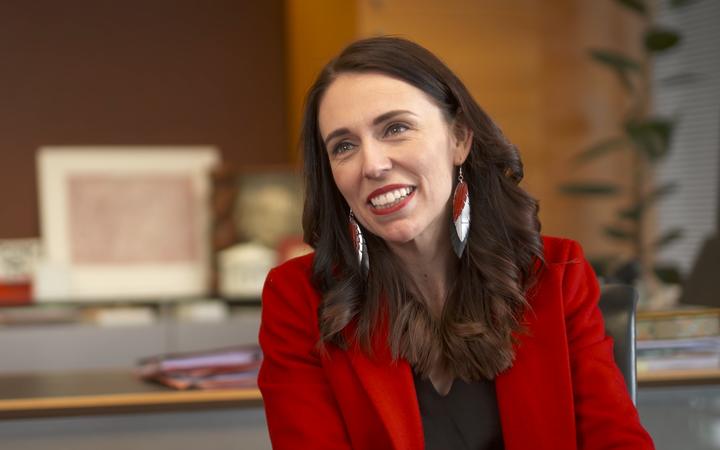 According to her, Ardern failed to act decisively when the then minister of health was busted driving his family 20 kilometres to take a walk during the alert level 4 lockdown; "it took her about three months to sack David Clark - he would have been gone in a nanosecond".

Collins is happy to put her leadership team up against Labour's to deliver "certainty" to voters.

"You can have Jacinda Ardern and Kelvin Davis or you can have myself and Gerry Brownlee. Who actually has the track record in getting stuff done? I can tell you what, it's Gerry and me, we know how to get stuff done and we know how to move through things."

Collins urges voters to look back at the promises made by Labour in 2017, Ardern "basically promising to end homelessness by the winter of 2018".

"What she forgot to tell people is that that meant she'd stick a lot of people in motels, the same thing she said we shouldn't be doing."

She also cites the thousands of people waiting for a state house; a "shocking indictment and she can't blame us".

Ruling out cuts to welfare

Not only have the National Party leadership changes taken their toll on the caucus, but also on policy development.

As leader, at the start of last year Simon Bridges announced the party's initial plan for tax: Threshold adjustments resulting in people paying less income tax, ruling out new taxes and repealing the Auckland fuel tax. A year later he flagged a package of tax cuts aimed at those on the average wage.

Then Covid-19 happened, followed fast by the leaderships ructions.

MPs had worked on a series of detailed policy documents that disappeared off the party website when Todd Muller took over the leadership; by all accounts they're back on the table but not back on online as National races against the clock to pull together a credible, well-costed election manifesto.

Covid-19 and the ongoing damage to the economy will inevitably dominate the election; while policy from both big parties has been light on the ground so far, what has been released predominantly relates to jobs, economic stimulus and how to support the tens of thousands heading for the benefit queue.

Collins won't leave any room for accusations of slashing benefits or not showing compassion to a electorate looking to politicians for leadership at such a crucial time.

"You can't have welfare cuts", she says, when so many people are out of work.

"It's very important that people are in jobs wherever possible and I have a huge commitment to people being in work. I have been in work pretty much all my adult life and my view has always been that work is not only good for the economy, it's good for people, but it's very good for people's mental health and their sense of well-being.

"I think we're going to have a crisis in this if we continue to not actually make sure that there are jobs coming through."

Unlike previous elections, National will not campaign on tax cuts, nor would a National government introduce any new taxes, Collins says.

The question then is - how would National get debt back to 30 percent of GDP in a decade - is that a pipe dream?

"It's an aspiration", she says, as articulated by finance spokesperson Paul Goldsmith.

"He has said that he would like us to get down to 30 percent of GDP in a decade or so, it may be more than that in a decade or so because of the fact that we're still waiting for the pre-election fiscal update... and we need to make sure that we actually can do exactly that.

"But we're also saying that's not the big hard and fast rule, that's something we would like to aspire to, but it is more important for us that we take this opportunity to build the infrastructure, that we actually do things that create not only jobs for people, but are meaningful and that will add to assets for the country."