Opinion - Having been proved right about the essential foolishness of the coup against Simon Bridges, it is now only right for me to accept having possibly misjudged the leadership of Judith Collins. 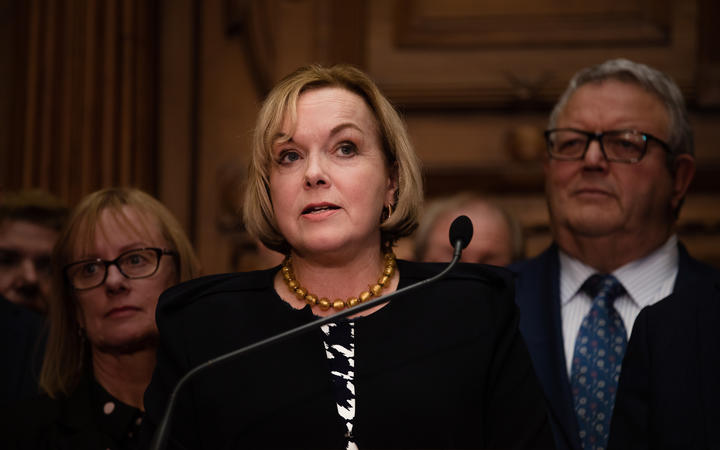 I have never been one of the Collins superfans that proliferate on the right and even parts of the left. There wasn't any single reason for scepticism. Partly it was because she is more of a policy moderate than I prefer. Conversely, her rhetorical certitude is not to everybody's tastes. Finally, I always felt that the legacy of Dirty Politics - for which Collins was very much the scapegoat - would haunt her forever.

So far, however - note this caveat - the leadership of Judith Collins has exceeded expectations. It has only been a few days but the early signs are good for National. And while I feel a bit silly writing it, Collins has actually been something of a breath of fresh air.

So in my initial pessimism, what had I overlooked?

She owns the leadership: Collins had repeatedly sought the leadership before and until now had been rebuffed. On the surface, this looks like a weakness. It has, however, turned out to be a strength in these particular circumstances.

Collins owes her leadership to no faction or clique. As the only obvious contender for the position, the caucus came to her. There is a limit to how much carping somebody will accept while they are towing your car out of the ditch.

Accordingly, Collins has more internal authority than has been afforded any party leader for a long time.

She does not hesitate: Some politicians can pull off giving balanced answers to contentious questions and others just look defensive and weak when they try it. Think Bill Clinton on the one hand and, uh, Todd Muller on the other. This is not an issue for Collins because she only delivers answers with maximum certitude.

Collins does not give the impression of somebody who goes in for half measures. This is a contrast to her predecessors and - indeed - Jacinda Ardern. She won't be beaten up by interviewers trying to paint her in a corner.

Where John Key talked himself out of any trouble, Collins will just dismiss a tendentious line of questioning. What has become clear is just how much the wider National Party needed that right now. You can almost feel the catharsis from the party faithful.

She is a known quantity: Collins has been known to the public for around 15 years. Her weaknesses, including a bit of a mean streak, are already priced in to how voters will assess her. Nobody is going to be surprised when they are told Collins once said this or that not very nice thing.

She has been helped in this regard by an unlikely source. For years Labour Party surrogates have been pointing to Collins' well earned reputation as a competent former minister and communicator as a means of undermining whoever the current leader of the National Party was. You may not like her, they said, but at least the trains would run on time.

It's a bit hard to reverse this consistent narrative by now appealing to Dirty Politics which, to most voters, is subject to the political statute of limitations. Collins reputation is cemented, for now. And given the disarray National has been in it is not a bad reputation to have.

She has been smart: No doubt aided by her free agency with regard to internal factions, Collins has insisted that the ructions of the last year be quashed. Former leader Simon Bridges has been promoted (despite his not backing her) and Todd Muller has been kept in the fold with a front bench position.

There is no doubt that the new National line-up is more conservative than it has been in the past. The loss of Amy Adams and Nikki Kaye (about which we may well hear more in the weeks to come) has ensured that. There were, however, big promotions for Chris Bishop and Nicola Willis, who must now be seen as the standard bearers for the liberal camp.

This really was essential. As a coalition of interests rather than an ideological movement, it is important that National maintains a monopoly on the centre right vote. If it becomes too liberal or too conservative, it will start to spew votes in all directions. That won't give it potential coalition partners, as the conventional wisdom goes, it will just polarise the various National Party constituencies against each other.

Everybody who is opposed to socialism needs to see something of themselves in National for it to be a viable potential government.

Don't start measuring the curtains yet

We will see what happens next. For now, however, Collins has played her cards well. And she has largely confounded her critics.