National has unveiled a new tax plan that would boost income tax thresholds every three years to keep pace with inflation. 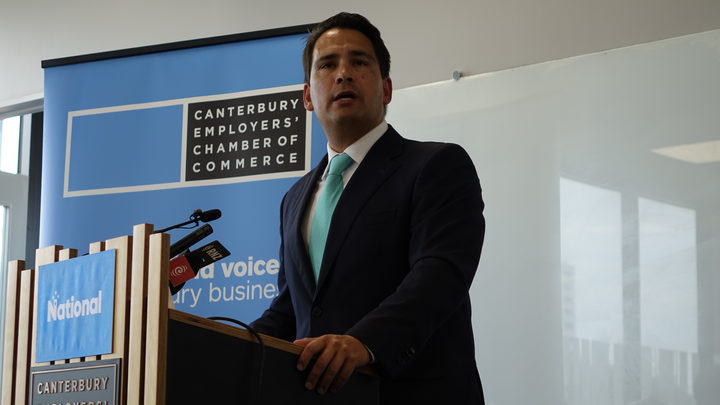 Leader Simon Bridges has announced the new policy at his State of the Nation speech in Christchurch.

"By 2022, New Zealanders on the average wage are expected to move into the top tax bracket.

"That's not fair, and it's not right. New Zealanders should not pay more tax every year even when their income isn't keeping up with the rising cost of living."

There would be a veto clause so any government could withhold the threshold changes in the "rare circumstances that there is good reason to do so".

Mr Bridges also ruled out any increases to petrol taxes in the first term of a National government, along with three other tax-related commitments.

He said the coalition government had burdened New Zealanders with more taxes including a regional fuel tax, and is lining up to introduce even more.

When it came to power the government cancelled National's $2 billion tax cut package, using that money instead to fund its more targeted Families Package.

"The government now has more money, while New Zealanders have less. And worse is coming," he warned.

Mr Bridges told the business audience the government's "bad decisions" were driving up the cost of necessities.

"New petrol taxes are costing households $250 a year and more costs on landlords have already driven up rents by $30 a week.

"At the same time, the government cancelled tax relief which would have given the typical working Kiwi an extra $1000 a year," said Mr Bridges.

"An extra $1000 a year, on top of rising wages, would have given them fewer worries, and more choices."

"That is even though New Zealanders already pay too much tax. Why do I say that? Because this government is wasteful."

He also made four commitments if National was elected in 2020: