New Zealand is to close its embassy in the Iraqi capital Baghdad. 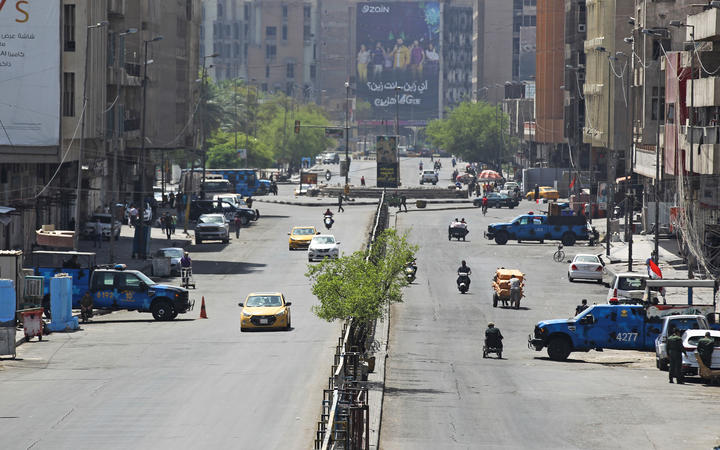 A street in Baghdad on 8 June when Iraqi security forces were enforcing a Covid-19 curfew. Photo: AFP

Foreign Minister Winston Peters said the decision was not taken lightly and "in no way an indication of any change in the value that New Zealand places on its relationship with Iraq".

The embassy was opened in 2015 to support the New Zealand defence force deployment to Iraq.

With most New Zealand's troops withdrawn from Camp Taji earlier this year, Peters said "the primary rationale for the embassy in Baghdad has been removed".

"Although the embassy is closing, our strong commitment to the global fight against terrorism remains.

"New Zealand will continue to contribute its other lines of effort against ISIS, including through a small number of military roles in the coalition and the provision of stabilisation funding to Iraq," Peters said.

The embassy will close at the end of June and New Zealand's formal accreditation to Iraq will transfer to the New Zealand embassy in Abu Dhabi.