The Labour Party has unveiled its full list of candidates for the election and it includes one of the key voices advising the government during the Covid-19 crisis. Infectious diseases specialist Dr Ayesha Verrall is ranked 18th - well above many of the party's sitting MPs - meaning she is almost certain to make into Parliament after September's election.

Verrall was vocal in her criticism of the government's contact tracing programme before being brought in by the Ministry of Health to review its work. Later, she said the contact tracing system had improved.

Prime Minister Jacinda Ardern said there was no conflict of interest.

Labour Party president Claire Szabo told Morning Report all the work Verrall had done independently of the government was "neutral" and that her candidate application was put in after that.

"We looked at 103 nominations for the Labour Party over the weekend including one from Dr Ayesha Verrall. We were very pleased to have a nomination from somebody who is a very highly acclaimed infectious diseases specialist when we're going into a period in our government where we need to deeply understand that and have that expertise."

She said she was confident the prime minister would put together a Cabinet "using people that she has and their expertise and the new people that come into Parliament, and it will be a great line-up".

As for the top 20 - including six women and four Māori - she said: "Parliament should look like New Zealand". 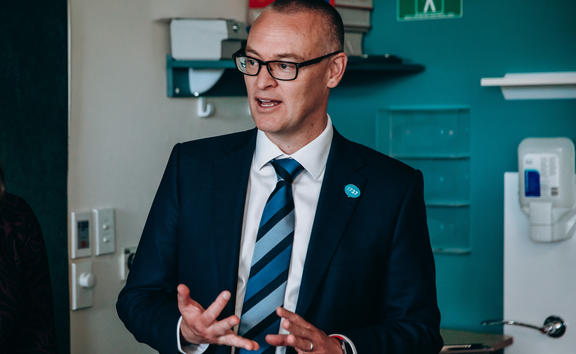 Verrall was ranked just one spot below the Health Minister David Clark - who went from ninth to 17th and narrowly escaped being sacked for breaking lockdown rules under alert level 4.

Szabo said the list was about the new people who would come into Parliament but not a shuffle of Cabinet.

Neither Szabo nor Ardern would say if Verrall would become the next health minister.

"I'm determined to use my skills and experience in health to make sure New Zealanders get the best healthcare that they deserve in any capacity I can," Verrall said yesterday.