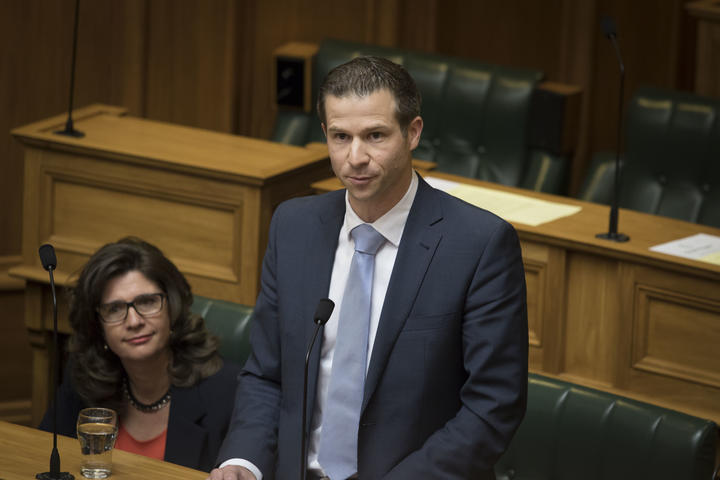 The position appears at odds with his leader Todd Muller who has described the government's handling of the crisis as "overall impressive".

Penk unveiled his self-published book - "Flattening the Country: the real story behind Labour's lockdown" - on his National website on Thursday evening, alongside an offer to send out signed copies for $20 a pop.

The book is heavily critical of the Covid-19 response, arguing that a poorly prepared and panicked government "set about destroying the village that is New Zealand in order to save it". 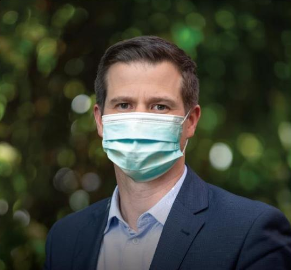 MP Chris Penk, on the cover of his book Flattening the Country. Photo: Supplied.

"It was only supposed to be the curve that got flattened, not the whole country," the book begins.

The Helensville MP argues New Zealand benefited from "good luck" in the early days, and that its performance had been "average in international terms".

"Our government's initial reaction to news of this global pandemic was shockingly slack. They told us that they were 'alert but not alarmed', when 'conscious but incompetent' would have been closer to the truth."

Early on in the book, Penk acknowledged the lockdown was "necessary" and its timing "roughly right", but he went on to critique "Labour's particular form of lockdown lunacy", arguing it was too harsh and was unnecessarily extended.

Level 3 would have been a more appropriate starting point, Penk said.

"Whole industries have been led like so many lambs to a no-longer-non-essential slaughterhouse."

Penk also reserved some harsh words for Prime Minister Jacinda Ardern, describing her as a "cheerleader-in-chief" and "one trick pony" for repeatedly imploring the public to "be kind".

Ardern last week told Parliament she stood by all her decisions and said the results of the response spoke for themselves.

Penk's book is closer in tone to that of former Opposition leader Simon Bridges than that of the new leadership team, and it is complimentary of Bridges' performance.

Indeed, Penk noted that Bridges would be remembered in time "for performing his constitutional role with commitment and courage".

Bridges was hit by an avalanche of vitriol on social media in April after publishing a Facebook post critical of the government response.

The backlash helped fuel arguments within the caucus for a leadership change and was a factor in Bridges' eventual ousting in May.

Muller, in his first speech as leader, sought to distance himself from Bridges' style, saying he would avoid "opposition for opposition's sake".

"I am the first to admit and acknowledge that the government's handling of Covid-19 was overall impressive," Muller told reporters.

Speaking to RNZ, Penk said he had discussed his plans for the book with the party's leadership going back to when Bridges was still in charge.

"The positions that I have stated in the book are consistent with the messages that National has been putting out from the start."

He said he was not worried about any potential backlash from the public.

"A large number of people are fearful about expressing a view that is anything other than the received wisdom, the single source of truth, and they don't want to be ostrasised as not being part of the team of five million.

"Frankly, the bullying tactics that have been applied to others don't hold any weight with me."

"We live in a world where we have freedom of speech, and there are National MPs that feel very strongly around what has happened," she said.

"Chris is entitled as a local MP... to take a view around the government's response in terms of Covid."

The MP - ranked 41 in National's caucus - was previously a navy officer and lawyer.