The government has revealed a bill it says would fast-track 11 named infrastructure projects providing 1250-plus jobs for projects in housing, environment and transport.

Cabinet approved the fast-tracking of such projects early last month.

Prime Minister Jacinda Ardern said the government's focus remains on responding and recovering from Covid-19, after the move to alert level 1 at midnight on Tuesday morning.

Today was also the 24th day of no new cases of Covid-19 reported in New Zealand.

"Our lockdown was stringent but short and we now enjoy more freedom than many others," Ardern said.

She said the lockdown was followed by a period where people spent more than had been expected, but the government must remain focused on economic recovery.

Environment Minister David Parker noted that alongside the 11 projects named in the bill, further secondary projects could apply to also be fast-tracked under the bill.

"The specific projects are listed in the COVID-19 Recovery (Fast-track) Bill that will be introduced In the House later this week. The Bill also opens the way for other projects to be fast tracked to help deliver faster economic growth and more jobs as soon as possible," Parker said.

The 11 initial fast-tracked projects named in the Bill are:

The new fast track process would see resource consents processed in to 70 working days, instead of four to six months, Parker said.

The New Zealand Transport Agency and KiwiRail would also be able to undertake repair, maintenance and minor upgrade works on existing infrastructure, without requiring resource consent.

Job-rich infrastructure would be included, he said, the legislation would self-repeal after two years, and it was not the same as a review of the RMA.

"What we're doing here is requiring things to be dealt with on the papers and we're also taking away the rights of individuals to submit and leaving those submissions rights in representative groups to submit on their behalf, and we wouldn't want to do that forever." 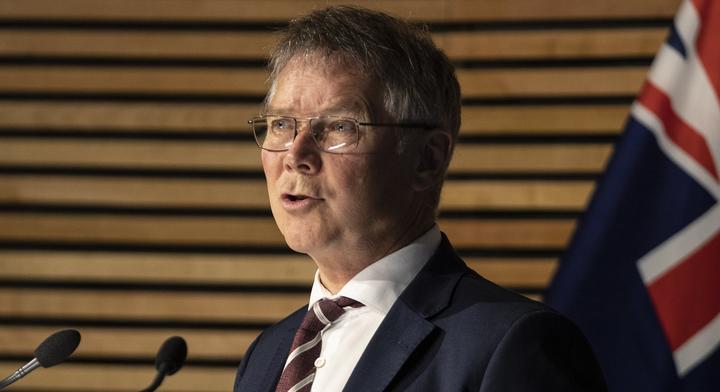 Once the bill was passed, the projects would be referred directly to Expert Consenting Panels that could set conditions. The panels would have similar powers to authorities under the RMA.

He said the long list of infrastructure projects was 1800 long, and not all were costed, and the remaining projects were being assessed by the Environment Minister before going before a consenting panel.

Parker said the Infrastructure Commission was also involved in assessing the projects being considered under the secondary track.

He also said the environment would not be sacrificed at the expense of speed.

"While these projects are being advanced in time, environmental safeguards remain," he said.

Part 2 of the Resource Management Act would continue to apply, as well as the principles of the Treaty of Waitangi, and Treaty Settlement obligations.

The bill is set to be introduced in the House later this week.

There has been speculation that Dr Verrall would take a position as Health Minister under a future Cabinet, with the incumbent David Clark having been demoted on the Cabinet list after it emerged he breached lockdown restrictions.

At the post-Cabinet briefing today, Ardern said decisions about future Cabinet positions were yet to be made, and the new list reflected the strength of the Labour Party.

She said she was proud the list was likely to mean 50 percent of Labour's caucus would be women.