National's advisory group on environmental issues will focus on how to enable growth in fishing and aquaculture while protecting the ocean, at a meeting in Nelson this weekend. 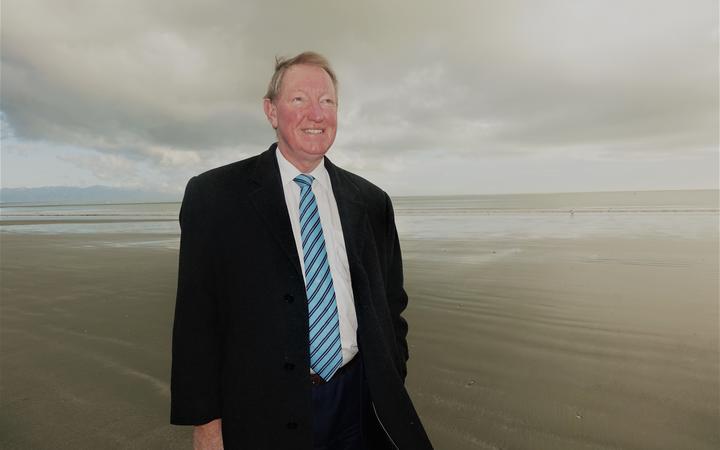 The item is top of the agenda at the Bluegreens Forum, which will also celebrate its 22nd year at the annual get-together of MPs and New Zealand's leading environmental organisations.

Long-serving Nelson MP Nick Smith, who is a former Conservation Minister and Bluegreens co-founder, said the weekend is an opportunity to figure out how members could better deliver on the Bluegreens vision of a prosperous and clean, green country.

Nelson is home to the largest fishing port in Australasia and the capital of New Zealand's growing aquaculture industry, and a key policy discussion at the forum is how to better protect the ocean while enabling growth of the blue economy.

Smith said New Zealand, more than any other country in the world, has to be able to get the environment and the economy working in unison.

"We are very dependent on our natural resources for our wealth-creating industries, but it's also just so critical to New Zealand's quality of life and standard of living."

The forum's keynote speakers include National leader Simon Bridges and Department of Conservation chief scientist Dr Andrew Digby, who will be presenting on the recovery of New Zealand's precious birds.

"That's especially significant for me as we've recently introduced takahē into the Nelson region - in the Kahurangi National Park, and Dr Digby has been a lead scientist on that project."

There will also be sessions on waste reduction, sustainable oceans, climate change and water quality.

Smith said National was doing a lot of work on policy development, that would be presented later this year.

"We issued last year, a discussion document on some ideas and this weekend is about us engaging with key environmental NGOs around that agenda, so that if we are privileged enough to be the government in September we've got clear plans on the way in which we'd improve New Zealand's environment and natural resource management."

Forum members will also get to see the work of New Zealand's largest public-private conservation project, Project Janszoon on a field trip to the Abel Tasman National Park.

They will also get to sample Dr Smith's own "True Blue Home Brew" at a barbecue he and his wife are hosting.