Frustration is growing because there is still no plan to clean up Auckland's jewel in the crown - the Hauraki Gulf - which is slowly being suffocated by plastic and sediment. 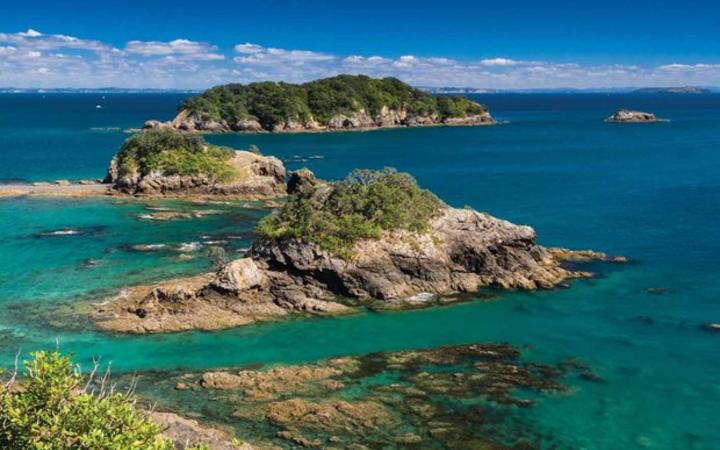 The Noises Islands in the Hauraki Gulf. Photo: Raewyn Peart

The latest State of our Gulf report paints a grim picture of the continued degrading of the marine environment, just as Auckland gears up to host next year's America's Cup.

But tangata whenua and environmentalists say it shouldn't just be up to the government and councils to come up with a plan - and that everyone needs to play a part, before it's too late.

The Hauraki Gulf Marine Park was set up 20 years ago and covers an area of more than 1.2 million hectares.

It stretches along the east coast of the Auckland and Waikato regions and encompasses the Waitematā Harbour, the Firth of Thames, and the Coromandel Peninsula, as well as more than 50 islands.

The marine park's special status in law was meant to ensure its waters were protected and cared for future generations.

But the latest report concluded that it had fallen short - and much of the major environmental damage was still a long way from being rectified.

Nicola MacDonald is a tangata whenua representative on the Hauraki Gulf Forum, which oversaw the report .

"It really is quite disturbing that the mauri, the life force, of the Hauraki Gulf, a place that we all grew up with and enjoy, is slowly diminishing," MacDonald said.

The causes were straightforward, she said.

"Overpopulation, pollution, plastics, dredging. All of these things can be mitigated with a clear sustainable plan in place.

There have been some successes - more of the Gulf Islands are now pest-free, and speed restrictions for ships have meant fewer critically endangered Bryde's whales are being hit and killed.

A ministerial advisory committee is due to report back to the government later this year, with recommendations about how to improve the health of the Hauraki Gulf.

But Moana Tamaariki-Pohe from the Hauraki Forum said people didn't need to wait for the outcome of that to take action.

"We don't need an act, we need to act. We need to be willing to get our butts wet, to get out of the spectator seats and paddle our waka."

The gulf was worth protecting, especially as the upcoming America's Cup would put it on the world stage, she said.

Nineteen-year-old environmentalist Riley Hathaway said it was crucial decision-makers came up with a sustainable plan to safeguard the Gulf that future generations could build on.

But she said everyone could play a part - no matter how small their contribution may seem.

"I you come to school with a plastic-free lunch box, or if you're down the road and you're picking up rubbish, someone else is going to see that and go 'I could do that too'. It's the little things."

But as the State of the Gulf report warns, whatever action is taken needs to be done quickly, because time is running out.