The government will launch a "place-based assessment" of Rotorua's housing problem, in a renewed bid to address its status as a "homeless hotspot". 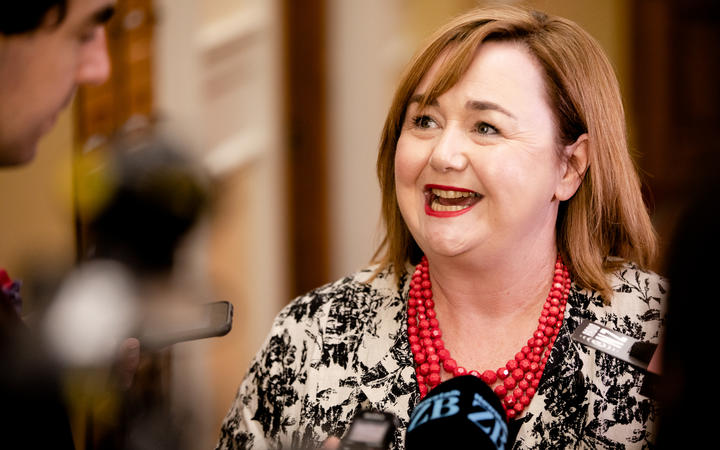 It comes as Housing Minister Megan Woods visited the city on Wednesday, making the announcement at Tangatarua Marae on Toi Ohomai's Mokoia campus.

Woods said the government knew a "one-size-fits-all approach" was not enough to tackle the housing crisis.

Place-based assessments helped the government better understand the causes of housing pressure and then work with local communities to respond to local issues, she said.

"Rotorua is experiencing many challenges, including strong population growth, housing affordability issues, as well as issues with unlocking access to land for housing.

"This, alongside a tight rental market, has led to increased housing stress for many households, increasing demand for public housing, and a strong reliance on Rotorua motels for emergency housing."

The Ministry of Housing and Urban Development would be working with the Rotorua Lakes Council and local iwi Te Arawa "to find housing solutions" in the city.

It's the second time the place-based approach has been taken, with Rotorua following a similar initiative aimed at addressing homelessness and housing in Hastings, announced in December 2019.

Hastings, along with Rotorua, was one of six "homelessness hotspots" identified by the Ministry of Housing and Urban Development. The others were Auckland region, Wellington region, Northland and Hamilton.

"Early work in Rotorua has identified problems with a lack of supply relative to population growth, and that the shortfall in supply has been most severe at the lower end of the rental market."

The council, Te Arawa, and Kāinga Ora were "already working together" to identify vacant land suitable for transitional and public housing.

Rotorua mayor Steve Chadwick said the move would enable the community to tackle other issues of concern, such as inner-city safety.

"We are all worried and anxious. We are a caring community and I always hear how we need to support and walk beside the genuine homeless."

She said there was no "silver bullet or magic wand" and the city needed long-term solutions.

"We don't support options for people who want to live a homeless lifestyle and there is also no tolerance in our community for any disorderly behaviour of any type."

She said the initiative would also remove the need for an emergency shelter in the inner city.

However, "simply providing homes" would not be enough, Chadwick said.

"We want to ensure people have homes that match their needs and that they have access to services and amenities they need to be supported, connected and resilient.

"We also need to address infrastructure to enable housing development, will work with our construction and building sectors to ensure they are resourced and ready and need funding and investment to support and enable delivery."

Te Arawa Lakes Trust chairman, Tā (Sir) Toby Curtis said he was pleased to see progress being made on the Rotorua housing plan.

The announcement reinforced the government's commitment toward "this important kaupapa", he said.

"Iwi will look forward to understanding the detail relating to housing solutions for our local community."

He believed the partnership between the council and Te Arawa would ensure it instigated a community-led project achieving "real housing outcomes".