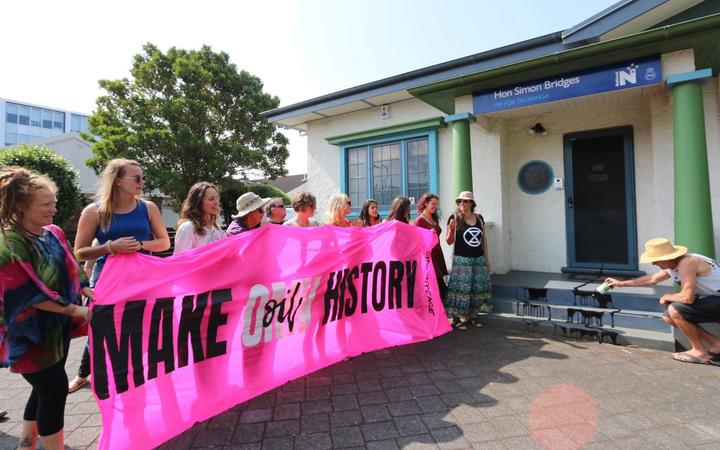 Organic molasses meant to resemble oil, was drizzled down the steps of his office by Extinction Rebellion

In a tweet, Mr Bridges said he respects the global environment protest group's right to protest, but not when it comes to defacing people's property.

I respect your right to protest Extinction Rebellion but not when it comes to defacing people’s property as you’ve done to my electorate office overnight. pic.twitter.com/1C7R9tkHz6

A member of Extinction Rebellion Aotearoa has posted on Facebook that Mr Bridges told the group in October that rather than target the Ministry for Business, Innovation and Employment over the Austrian-based oil company OMV, it should target the government instead.

Doug Doig said in response the group brought their protest right to his doorstep. 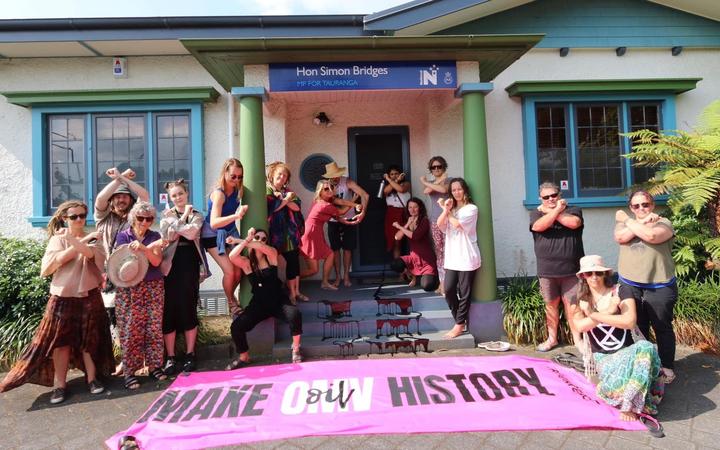 In a post on Facebook he said it was time to get vocal on what "dirty oil" was doing to New Zealand.

"This is a climate and ecological emergency - we need people like National Party leader Simon Bridges to tell the truth about the state of things. We need to move out of fossil fuels and into a new, justice- based vision of Aotearoa."