Climate injustice is akin to colonial injustice in that Pacific people bear its brunt, the Pacific Aotearoa branch of Extinction Rebellion says. 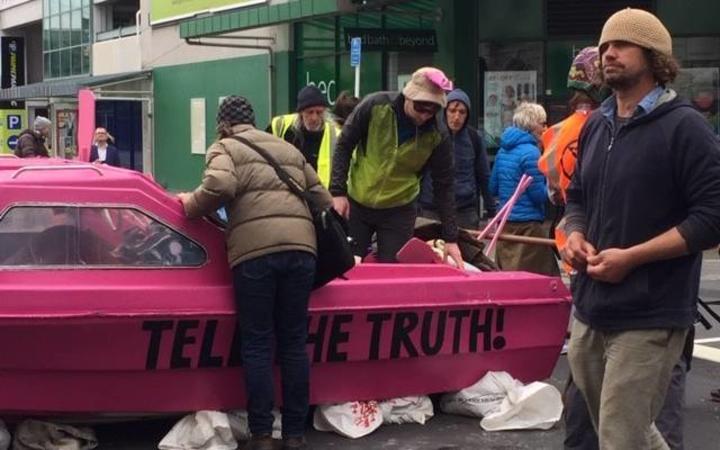 The climate activism organisation held a series of disruptive protests in New Zealand's capital on Monday, to encourage the government to declare a climate emergency.

Branch member Rowan Manley Campbell said the protests demonstrated that the concept of 'business as usual' had ended.

Three large organisations in Wellington were disrupted, he said.

"But the real win is the connection between the people here and the people that have come in and joined us off the street. We are making a community that is saying 'we need to draw the line on climate crime'."

The protests, in which 30 people were reportedly arrested, were part of a global series of activities to highlight climate science in the IPCC report and concern over perceived political apathy.