The prime minister has announced that nearly every state school will receive up to $400,000 to pay for building upgrades and maintenance. 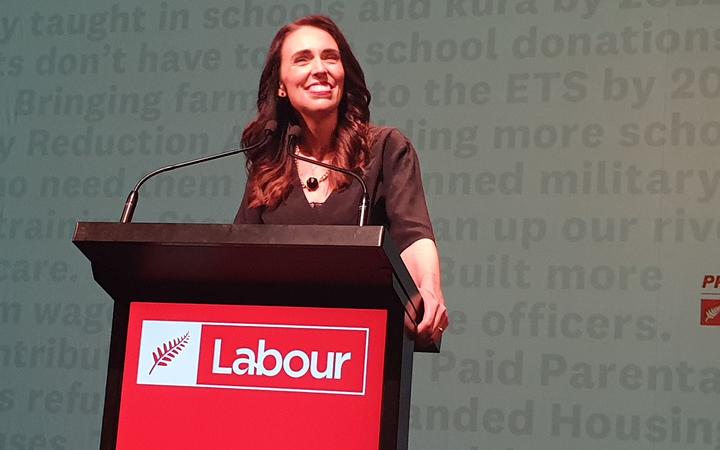 Jacinda Ardern revealed the nearly $400 million capital investment in her closing speech at the Labour Party annual conference in Whanganui.

The one-off cash injection is the first project to be announced in the government's infrastructure package that Finance Minister Grant Robertson signalled yesterday aimed at stimulating the economy and creating jobs.

Ms Ardern said this was the biggest investment in school maintenance in at least 25 years.

"We must use the good times to create further opportunities to lift people up. That means acting now.

"With record low-interest rates there has never been a better time to get our economy and people working, and to do that through the win-win of investing in getting the basics right," Ms Ardern said.

She told the crowd at the Royal Wanganui Opera House, of all the schools she had visited as a politician, she would be at a loss to name one that didn't have a need.

"Whether it was a school that had set up a nursing station in a hallway, or schools that fundraise and rely on parents just to create spaces like halls and gyms - there is always more to do.

"The problems have been made worse over the nine years where the previous government didn't do enough to plan for or fully fund the strong population growth we're seeing," she said.

Ms Ardern said that often things like repairing a school roof were forced to go on the back burner.

"Imagine for a moment, if we gave schools the resources to change that. Imagine if they had the resources to fix the roofs and ensure their classrooms were modern and warm. The impact that would have not only on the children and parents but on that local community would be immense," Ms Ardern said.

School property projects the investment can be spent on include:

Around 2050 state schools opened before 2015 are eligible, however, integrated schools, specialist schools, or schools in leased accommodation are not eligible.

The funds need to be spent within 24 months and the government wants schools to engage local tradespeople to carry out the work.

Ms Ardern also used her speech to acknowledge the Ministry of Education's offer to settle the school support staff collective, which would see teacher aides and other support staff paid at least the living wage.

"Today, I can also announce that we intend for the Ministry to extend the living wage offer to all non-teaching staff in schools including cleaners, caretakers, and grounds people," she said.

As expected, Ms Ardern's speech also noted the coalition government's achievements over the past two years, focusing on the Wellbeing Budget, climate change, the Families Package, and state housing increases.

Ms Ardern also reflected on the 15 March terror attack and the kindness and compassion that was found amongst the loss and grief.