The government plans to loosen the purse strings and spend up large on infrastructure - but the details are still some weeks away. 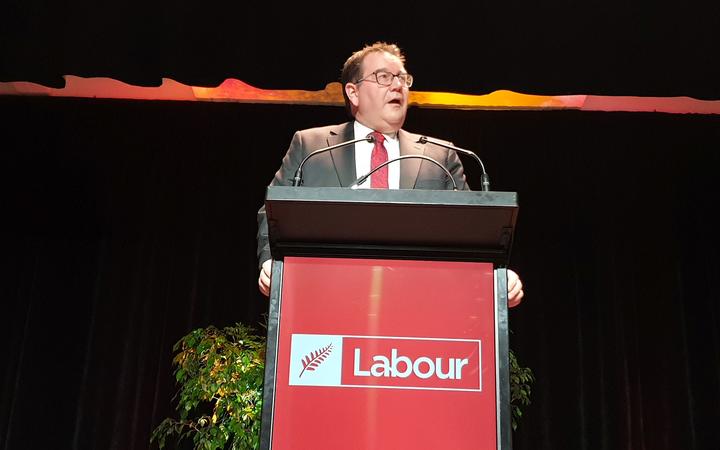 He said Cabinet had committed to a boost to infrastructure as part of the short to medium term spending plan.

"We are currently finalising the specific projects that the package will fund but I can tell you this - it will be significant."

The government had heeded the calls from the construction industry for "greater certainty" about the pipeline of transport projects from 18 months' time, he said.

"We will give that certainty".

The Reserve Bank has also been calling for the government to spend more and stimulate the economy.

It made sense to take advantage of low government debt and the very low cost of borrowing, said Mr Robertson.

"Right now, we can borrow at an interest rate of 1.3 percent for ten years. Just think about that for a minute - when we came in to office, this was up at 3 percent," he told delegates.

"We have the lowest borrowing costs in New Zealand's history, so it is time to invest."

There will be no details until the next update on the government books - the Half Year Economic and Fiscal Update on December 11 - when Mr Robertson will release more details about the areas of spending, and the price tag.

In his speech, he also acknowledged the "challenging times" in the global economy, with the US-China trade war, uncertainty over Brexit and instability around the world having led to a slowdown of global growth.

"As an open export-based economy we are not immune to this slowdown," Mr Robertson said.

"No one in the world that we compare ourselves to is growing at the rates they were two or three years ago.

"We cannot expect rates of growth to continue unabated in this part of the global economic cycle.

"The IMF and OECD have told us that our growth rates will continue to outperform the countries we compare ourselves to like Australia and that we are well ahead of the average for other advanced economies."

The National Party says the government is breaking another promise after announcing plans to invest in infrastructure.

He said with this announcement the government had confirmed they had been wasting taxpayers' money.

"Jacinda Ardern and Grant Robertson made a commitment to New Zealanders before the last election that they would not increase borrowing. They asked New Zealanders to trust them. They have broken that promise," said Mr McClay.

He accused them of using the past two years "slowburning the economy" by increasing costs for businesses, spending on Kiwibuild and the Provincial Growth Fund.

Labour inherited a very strong economy, and has piled costs onto households and businesses, he said debt was not the answer, and they should cut taxes.

"Well, the government doesn't need to borrow more money if they just stopped wasting the taxes they are already collecting at a time when Kiwi households are finding it harder and harder to make ends meet. You know, Grant Robertson is throwing in the towel and saying he's going to ramp up debt."

Mr McClay said the government had stalled 12 major highway projects for two years, and even if they restarted those projects they wouldn't be built before the election.