Government ministers are being taken to court over the way the country's most vulnerable citizens and their parents who care for them are treated. Christine Fleming has cared for her son, who suffers from Williams Syndrome, for the past 38 years. Photo: RNZ / Claire Eastham-Farrelly

An independent disability advocate has filed papers asking the Employment Court to decide if people with intellectual disabilities have the mental capacity to be employers.

The government is promising to change this, but advocate Jane Carrigan doesn't want to wait and is going to court.

The case centres on Auckland mother Christine Fleming, who has cared for her son, Justin, for the past 38 years. Justin suffers from Williams Syndrome, a developmental disorder, which makes him incapable of looking after himself.

The level of support she provides includes dressing, showering, managing his finances, taking care of his medical needs and arranging his social outings.

Her life revolves around Justin and his needs. The days are planned around his activities and how he's feeling. But the minute he doesn't look right, or shows signs of being unwell, everything stops.

"Because his health does change quite quickly and once he's not feeling well, even if he's just off colour, there's no point, you can't take him out. He doesn't pick up, that's just the end of the day then and it's just total focus on, is he getting sick, is he just really tired, what's actually going on? Because he can't tell me, he doesn't explain those things," she said.

If Ms Fleming doesn't read those signs and manage them, the results can be disastrous.

"He gets overloaded exceedingly easily, even when he's feeling well and good. If he is not 100 percent he is off, so he then is grumpy, he's over reactive to any stimuli outside, so you get, if you're lucky it's just mumbling and grumbling, when it gets even more overloaded it gets to yelling and swearing," she said. 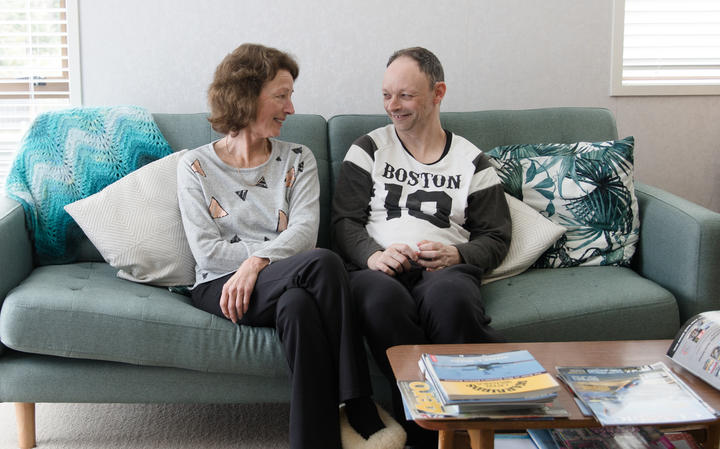 In order to get funding, Ms Fleming has to be an employee of her disabled son, a relationship the Ministry of Health has already admitted is a mere fiction.

Independent disability advocate Jane Carrigan said for too long the ministers and their ministries have indulged in what she calls tricky and technical conduct, by creating sham employment relationships.

And in doing so, the ministers had removed themselves from their responsibilities under the New Zealand Public Health and Disability Act, she said.

"This allows the ministry to step back in the very cynical name of choice and control and say to people with disabilities - the majority of whom I might add have an intellectual disability - 'well there you go, you're the employer, you have the choice to employ who you want, the control to manage how your employment relationship works'."

Ms Carrigan said that was ludicrous.

Ms Carrigan said if there was an employment relationship it was between the carer and the Ministry of Health and she wanted the court to say so.

She also said families who cared for a loved one 24/7 should receive a wage or allowance as well as additional support for things like respite care, transport and education.

The minister for disability, Carmel Sepuloni, and the associate health minister, Jenny Salesa, who is responsible for disability, declined to comment, saying the case was before the courts.

The Ministry of Health said it was preparing advice on how to change the nature of the employment relationship, which it would send to ministers next month.

It said wider changes to Funded Family Care announced in July will come into force next year.