Moves to boost the number of family carers paid to look after disabled relatives could be cut by a funding shortfall. 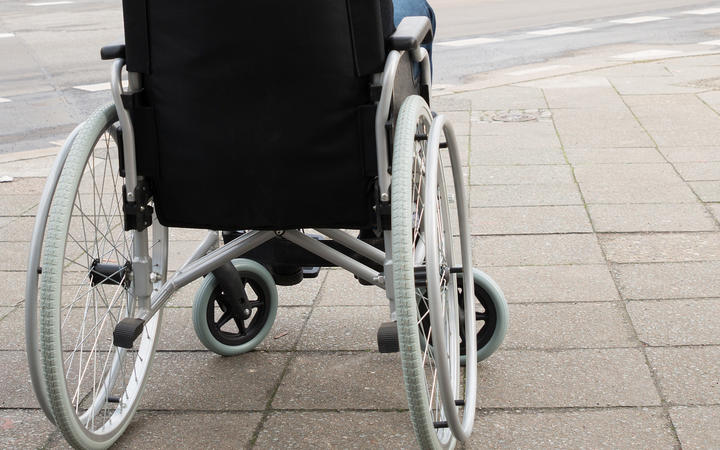 From next year the government plans to allow partners and spouses of a disabled adult and parents caring for a disabled child under the age of 18 to claim Funded Family Care.

But RNZ analysis shows there won't be enough money to properly pay the 640 new families that are expected to join the scheme.

The Ministry of Health has agreed to widen eligibility for the Funded Family Care scheme and increase the pay rates to between $20.50 - $25.50 an hour, to match new pay equity rates for caregivers.

At the same time, it announced a cash injection of $32 million over four years, boosting the amount spent on the scheme to $22.8 million a year.

So when the new pay rates are applied to the 400 families already in the scheme, that leaves between $2.3m and $6.5m to cover the 640 new families expected to sign up.

Economist Brian Easton said there were going to be some very disappointed people.

"So it's an extension of the scheme but it doesn't cover all the needs of those people who have been excluded and particularly are concerned about full-time care."

Disability Support Network chief executive Garth Bennie agreed that if the funding fell short then some families would miss out.

"If the funding available is not going to match the demand and the cost, then the ministry is probably going to have to ration access to Funded Family Care in some way, for example, through restricting eligibility or restricting the allocated hours per family," Dr Bennie said.

In 2008, Dr Easton told the Ministry of Health it would cost between $32m and $64m a year to fund a family care scheme.

Yet when it launched five years later, only $23m was set aside each year for the 1600 families expected to take it up.

Six years on and only about 400 families are registered with the scheme at a cost of $14.8m.

Independent disability advocate Jane Carrigan said it was not so much about the money, but the difficulties in accessing the scheme.

"Talking about $32 million, $60 million, $130 million, $23 million - it's all meaningless while they continue with the current needs assessment regime that they have and which the prime minister made very clear, would not be changing," she said.

Despite directions by the Court of Appeal last year that the ministry administer the scheme fairly, Ms Carrigan said little had changed.

She said she took issue with associate health minister Julie Anne Genter's claims that there wasn't widespread discontent with the recent changes announced by the government.

"The reality is for about 75 percent of disability families out there in the community, life is very tough and it is not about a few families jumping up and down," she said.

"I can tell you I do the jumping up and down, largely because the families are too busy doing the drudge work that the Ministry of Health now expects them to do by themselves, without being funded."

The Ministry of Health said no decisions had been made on changes to the funding and delivery of disability support services.

But it said disabled people and their whānau did not have to worry about losing out on the support and services they already got .