Parents of disabled children and spouses of disabled people with high needs will be paid up to $25 an hour in changes this afternoon.

The Prime Minister Jacinda Ardern says gaps in the current Funded Family Care system meant spouses, partners and parents of children with disabilities were not currently paid for caring for a disabled family member.

About 400 parents of adult children currently claim funded family care and with the $32 million cash injection over four years the government estimates another 640 families will take up the scheme.

The money will be added to the existing funded family care budget.

Carers receiving Funded Family Care are currently paid the minimum wage of $16.50 an hour, but under the changes will be paid between $20.50 and $25.50 per hour.

Ms Ardern said the change dealt with a part of a system which was unfair.

"Not all family members for those caring with high needs and very high needs have been funded for the work that they do, and yet the state would pay if someone else was providing that care. So this really deals with something that has been unfair in our system," Ms Ardern said. 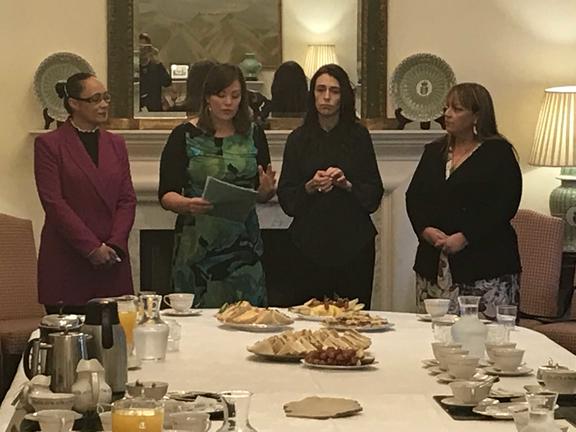 The government also plans to repeal Part 4A of the Public Health and Disability Act, which restricts the family members who can take up the scheme and prevents families from taking legal action if they don't like decisions that have been made. It says it hopes to pass the legislation before the next election, but is unable to say when.

Ms Genter said the decision to repeal Part 4A arose from their discussions with families.

"We've engaged extensively with the families to make sure this is a scheme that can work for them. We've listened to them, that is why we are changing the employment relationship, extending eligibility and we're increasing the pay rates. I think that is very much going to address the concerns of family members. The reason we're repealing part 4A is that we've heard loud and clear from this community that it's discriminatory, and offensive and that was a priority for them to see that change made," Ms Genter said.

It's the fourth time Labour has signalled that it plans to repeal Part 4a, since the law was introduced in 2013. The Health Minister David Clark made the last announcement back in September.

Ms Ardern said since the announcement the government has had to find the money to pay for the changes, which are coming out of the contingency funding, rather than the Disability Support Services budget.

It also said it would look at changing the employment relationship. Currently the disabled person is the employer.

But the government has no plans to change the assessment system, to which many families object.