New Zealand First leader Winston Peters has lashed out at the media, in particular, MediaWorks, just a day after the company announced it was selling off its television arm. 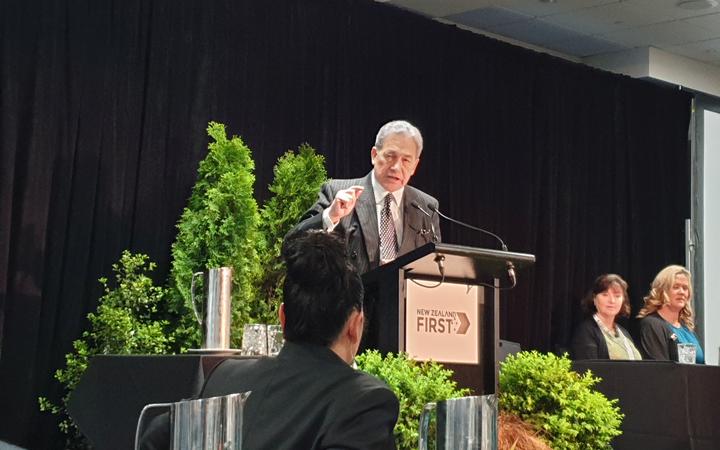 "I've got a message for my friends in the media, and it's all bad," Mr Peters told the NZ First conference this morning.

While he said he felt for some of the journalists who might lose their jobs, he wasn't sympathetic to all of them.

"For some of them, good riddance," he said.

After introducing himself to the crowd Mr Peters joked he would introduce himself as "ko Winston Peters tēnei," if he worked for RNZ.

MediaWorks yesterday announced it was putting its TV business Three on the sale block, after axing and scaling back shows.

Broadcasting Minister Kris Faafoi said thoughts were "with the staff of MediaWorks TV operations in this period of uncertainty".

He noted it was a commercial decision and did not "want to intrude on that sales process". He is expected to outline a plan for public broadcasting by the end of the year.

The company which owns television, radio and advertising operations, had reported through its own news organisation Newshub that it would sell its largest asset.

Three included ThreeLife, the Bravo joint venture and all of Newshub's operations.

Staff at the struggling media company are speculating that maybe Seven Network in Australia could be a potential buyer.

Newshub said upto 520 jobs could be on the line if no buyer came forward.