Broadcaster MediaWorks announced today it will sell its TV arm, Three, stating it needs to focus on its profitable businesses. 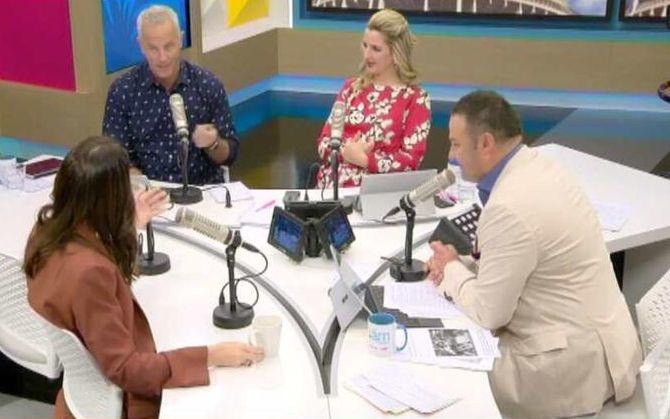 The decision comes after several cutbacks have been made at the media company.

NBR reported in May 2018 MediaWorks has periodically been in breach of its banking covenants in the previous two years.

The news has garnered a mixed bag of reactions from media personalities and TV Three consumers alike.

three, alpha: employs up and comers; likes a laugh; has a green room that's actually just a converted hallway

tvnz, beta: operates out of a corporate castle; likes money; has a make up room bigger than three's whole studio space

Sincerely, thank you to TV3 and Mediaworks for launching my career and employing me for 9 years. (9! I don’t wanna say that’s the reason you’re in the position you’re in now... but it certainly can’t have helped!) I owe my mates there a lot.

If this is the end of tv3, don’t remember it like this, remember the good times! Hillary Barry, John Campbo Live, Mike McRoberts in a flak vest carrying a tripod for no reason. Sam Hayes, Ali Ikram and David Farrier on nightline! C4! It was the best place I’ve ever worked.

Life without Three would return NZ TV journalism to one complacent mediocre state broadcaster. I know. I worked for it in the 70s. It got off its arse when 3 arrived.

So true. Surely no government will allow this kind of failure to send us all back to the dark ages.... https://t.co/Fta2cpfPAN

Anyone who buys Three off Mediaworks will find themselves with a workforce containing some of the most talented, hard working, genuinely good people you'd ever hope to meet.

NZ has no idea how much it needs TV3 and Newshub, it would be devastating if they found out the hard way.

Gutted to hear the news of what's happening back home at Three/Mediaworks. Like many, I got my start at @NewshubNZ working with the most amazing people. I left the newsroom for other opportunities, twice, and still they treat me like family. That's how special it is - save it!

My vote is sell it to @Mihi_Forbes and @huihoppa to start their own Al Jazeera ders. https://t.co/oSFUk3pu8e

Where is @Mediaworks_CEO with all of today’s developments??

Everyone using this moment to say how much they dislike some Mark Richardson vehicle (AM Show or The Block) – remember there are hundreds of amazing young + old TV people and journos who woke to freaky as news re their jobs.
Thoughts are very much with them.

Also RIP Mediaworks, you gave me my start in comedy and didn't even call me a dirty traitor once when I left. 7 Days and The Project were my first proper jobs (not inc kids parties and Weight Watchers) and I truly appreciate the work and experience they gave me.

I worked at Mediaworks Tv for my entire 20s. It was a bloody shambles and once a bird died in the vents and it took us two weeks to find it. But it was filled with so many talented, hardworking people making wonderful stuff. It’ll be a real shame if it goes.

Thoughts go out to all at MediaWorks today. Hopefully they can all land on their feet

I woke up at 3am thinking about all the people who abused me yesterday because they didn't want to pay for the Herald paywall, and wondering how to explain the broken advertising revenue model.

Today Mediaworks announced its sale after years of losses. Does that explain things?

With Mediaworks going the Pub Quiz market is gonna get ruthless.

TVNZ should just buy MediaWorks business. Why not? The government is trying to control everything anyway
Plus I can then get all my On Demand in one convenient place, haha

As someone who used to work for Mediaworks, this is huge. There's a few companies I can see wanting to pick it up... But with radio basically funding TV, it was always frustrating being told there was no money for anything. https://t.co/vnT8do75ke

Thoughts to my Mediaworks friends today - @MsKateRodger @DanielRutledge Hope you guys are doing as ok as can be.

I've said it before but selling TV3 puts the Mediaworks rump in a pickle. Three's big homemade anchor reality shows gave the rest of the group (radio/outdoor) something to leverage off. They were like brand glue.
Now what are the radio channels gonna do?

I know good people who work for Mediaworks so sending aroha to all over there. Uncertainty can induce such stress - especially in the run-up to Christmas - so hope things work out for everyone.

Thoughts with all those working in TV at Mediaworks. Tough times indeed.

Yikes, selling the unprofitable bit of mediaworks without the profitable bit to back it up doesn't seem like the greatest move ever.

Back when I was a journalist at NBR we used to briefly celebrate the crushing of another weekly business rival, until we remembered that was one less place to get a job if we left