In a new episode of RNZ's Eyewitness podcast, Bill Ralston* tells Justin Gregory about the wild beginnings of TV3.

It's been a tumultuous three-decade ride for the broadcaster. TV3 launched in 1989 as an energetic alternative to state-owned Television New Zealand and proved it had what it took to survive - but not before going broke, being sold a few times and losing large numbers of long serving staff members.

Earlier this year TV3 broke with the past and rebranded as +HR=E.

Journalist Ralston was headhunted by the new network and signed up to the news team before they began broadcasting. He cheerfully admits that it was his short attention span that made the offer so appealing.

I was working for TV ONE on a current affairs show called Frontline. You could spend months working on a story. I decided I was more of a news guy. I have a very small brain; I just like to be constantly entertained. 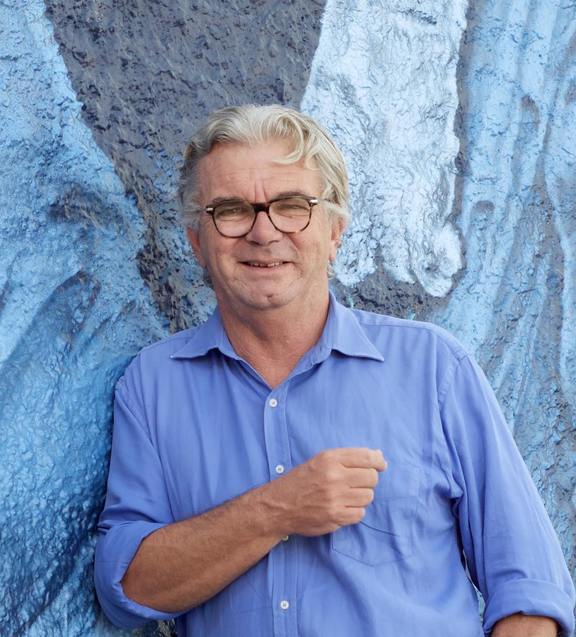 Why he joined TV3

TV3 was going to be fun to do. There was going to be a really good cut-throat attitude and they were just going to go for it in a pirate sort of way. I quite liked the idea of being a swashbuckler.

The place was reasonably chaotic simply because it was a new start-up.

A lot of the technical people who got TV3 to air did a fantastic job with very little.

Like the Viet Cong, we could live on a handful of rice a day and move stealthily through the forest while TVNZ were still trying to fire up their tanks.

The launch of TV3

It was a spectacular launch [on 26 November 1989]. They pulled out all the stops. I think they might have spent all the company funds on the launch.

The first lead story I remember was a murder in Mount Maunganui. Mike Brockie [the news programme editor] didn't want any political stories in his first bulletin!

On covering the 1993 Auckland Mid-Air Collision:

Immediately the camera crews were raced out to film not only the crash but the amazing traffic jam that brought the whole of central Auckland to a halt.

What TV3 did was they rounded up everyone with a motorcycle in the place and put the cameramen on the back and just raced through the traffic to get the shots. The cameramen were told "just shoot and edit it in the camera and we're going to put the footage back to air live as soon as we can."

We had a lot of footage on air and nothing was coming up on TVNZ. I couldn't figure out why until I rang someone over there. They said 'we sent out the outside broadcast trucks' and of course they got about 20 feet up the road before they were brought to a grinding halt.

The ability to think quicker and get things done; that's what I liked about TV3.

TV3 initially struggled and on 2 May 1990, less than six months after going to air, went into receivership.

I was filming in Fiji at the time and I got a phone call saying "the company has gone into receivership". I thought Christ, who's going to pay my hotel bill?

I jumped the plane back to New Zealand and arrived to find the place still functioning, still on air, but the old TV3 company that had started the whole thing was out of business.

It was like the kids were left at home while the parents went out and they decided to throw a party.There was a lot of energy in the place simply because people didn't know whether they were going to be paid next week or not!

In 1997, Westpac, who had taken control of the network after it was placed into receivership, sold the company to Canadian media business CanWest. In 2004, the company was transferred to CanWest MediaWorks New Zealand.

I asked [Canwest CEO Izzy Asper] what he was going to do for news and current affairs. He said "you just fill the bits of black between the ads". He didn't have a great commitment to quality programming.

The End Of The Golden Weather

In 2012, equity firm Ironbridge took control of a struggling and debt-laden MediaWorks New Zealand. A year later, TV3 went into receivership for a second time. In 2014, businessman Mark Weldon was appointed Group CEO and began restructuring the network.

Once you start layoffs and cutbacks and slashing budgets, it takes the energy away; it takes the commitment away and it's incredibly destructive to an organisation.

I noticed that TV3 had started leaking! 3 News was leaking! That was an impossibility.

And I think that was the end of the great golden run they had.

TV3 was known as Three. People always talked about "over on Three."

Rebranding exercises make a lot of money for designers and advertising agencies.I don't know how much extra audience they tend to add. Are you watching Three News? No, you're not; you're now watching something called Newshub. What channel's that on? Oh, it's on +HR=E. You have to be told what you're looking at.

I think they are trying to demonstrate that they are a whole new company and vastly different to what came before.

The legacy of TV3

It was a long-overdue shot in the arm. It certainly made Televison New Zealand gear up and become a lot more competitive in breaking stories. It really revitalised what was becoming quite a stale market, not just in television but in terms of radio and print as well.

*Bill Ralston spent several years working for TV3 before stints at Metro magazine, Radio Pacific and TVNZ. He now lives in Hawkes Bay and works as a columnist and a communications adviser.

This story was produced by Justin Gregory and used archival audio from Nga Taonga Sound and Vision.  You can subscribe or listen to every Eyewitness podcast on iTunes or at radionz.co.nz/series.