Inside the Controversial North Beach Zoo

Roaring sounds of Suzy the lion would wake up local residents in an otherwise quiet suburb in Christchurch. The mini zoo known as North Beach Zoo was situated at 153 Beach Road. A former aquarium it was re-imagined by Bill Grey who bought it in the late 50s. 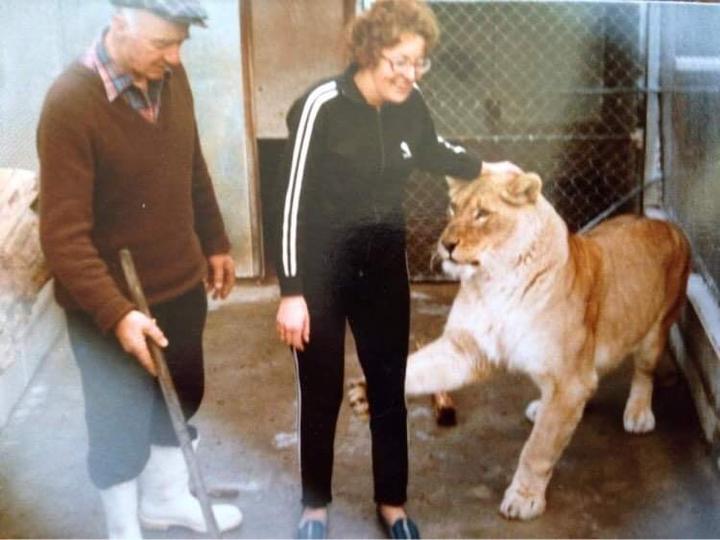 “It had a very special place in my heart,” says Wellington-based Aaron Alexander.

Alexander visited the mini zoo many times with his grandmother who lived in the area. And to this day, the crocodile in a glass case near the entrance, remains firmly in his memory.

“As a little kid I wouldn't want to get any closer...it was a beautiful mix of terror and excitement,” he says.

The zoo was established before Orana Wildlife Park, which didn’t open its doors until the mid-seventies. So for many visitors, the mini zoo provided an opportunity to see large, wild animals up close and personal.

But what also made this zoo peculiar is that it was small - a stone's throw from the beach and across the road from a golf course, it was also surrounded by residential properties.

“It wasn’t really aimed as a big money making venture,” says Miles Dalton who worked there part-time as a student. 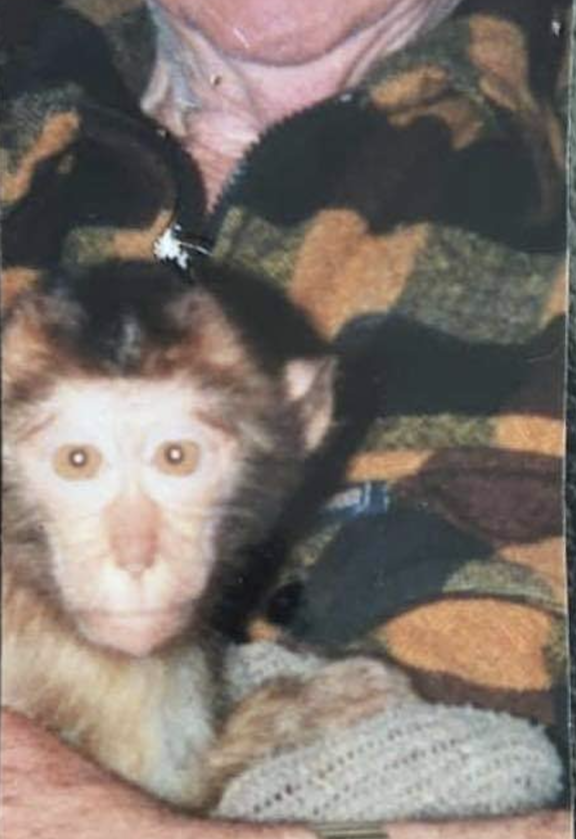 Dalton says the entrance fee for visitors was around $3 dollars for adults, and half that again, for kids.

During the summer months it was bustling with families and tourists, and visitors could buy cups of food to feed to the smaller animals. Although it seemed like an odd location for a zoo, it was established before the area became residential.

“There was a point where Bill used to take the lion for walks on the beach,” says Dalton.

“But then it got too populated, so he couldn't do that.”

Dalton refers to owner Bill Grey as a 'hard worker and a lovely man who really cared for the animals,' some of which, had been acquired not by choice, but because previous owners had mistreated them, and the animals had shown signs of neglect.

Grey had told Dalton of the tiger who had come from a circus with a burn on its nose. When the circus owner came back to collect her, the tiger was growling with its back up against the wall. From that moment, Grey refused to release the animal to its owner.

Most of Dalton's job involved helping to feed the animals and cleaning out their enclosures. He never received any formal training, but Grey showed him the ropes and warned him of signs to be aware of, especially when entering the lion’s or tiger’s quarters.

One Sunday morning Dalton was hungover and set about cleaning out the lion's enclosure. As he bent down to refresh her water bowl, she opened her mouth and Dalton felt sharp teeth.

“She put her teeth around my arse and I was immediately sober,” recalls Dalton.

While she hadn’t fully sunk her teeth in, Dalton says it was a sign she wasn’t happy and needed more attention than he’d been able to give her. 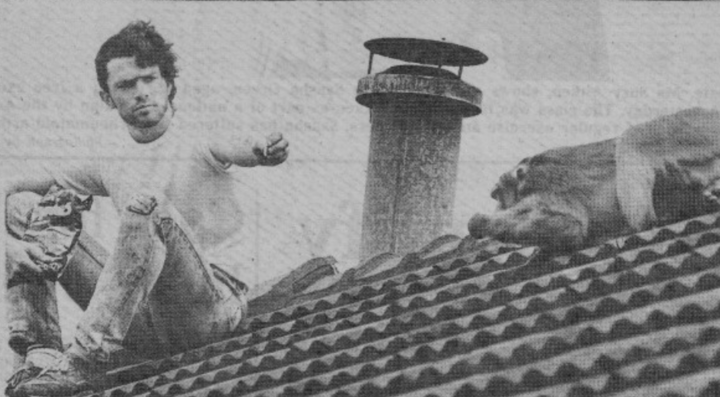 Another experience involved a rooftop ride in the sunshine with Arnie the monkey. Dalton was cleaning out Arnie’s enclosure and there were two gates for each unit, which needed to be opened and locked on entering and exiting.

He was sure Arnie would be stopped by the second gate, except Arnie shoved his weight against the locked door, breaking it open. Dalton followed Arnie who was making his way along fences and rooftops, with Dalton clambering after him.

“So when I got behind, he’d wait for me,” says Dalton of Arnie’s adventure around North Beach.

Eventually owner, Grey, caught wind of the escape and came to the house where Arnie and Dalton were sitting on the roof. After a rooftop picnic - part of the ploy to get Arnie down - he was re-captured and the pair made it into the Christchurch Press.

In the early 90s Dalton would say goodbye to the animals for the last time, leaving his part-time job to pursue acting.

A group of protesters outside Christchurch City Council offices, opposing the North Beach Zoo and campaigning for the zoo's closure. Miss Kaye Fallows with other protesters holding placards behind her. Photo: Christchurch Star

The mini zoo would finally close its doors in 1996.

Families, young children and tourists had been flocking to the zoo for years. But as time moved on there was a shift in mood. People began protesting against the mini zoo. And globally, there was also a growing awareness around animal rights, and animal cruelty.

Dalton loved working at The North Beach Zoo, and says he was spoiled for having any other pets, but agrees that the mini zoo had become out-dated.

“It didn’t fit modern sensibilities at all. It’s a hard one, because I knew they were well cared for, but at the same time the enclosures were small, and if it stayed open, the zoo would have had to change.”

​Listen to the podcast to find out more.