Opinion - Sky has all but inked a new deal with New Zealand Rugby (NZR) to lock up broadcast rights until 2025. 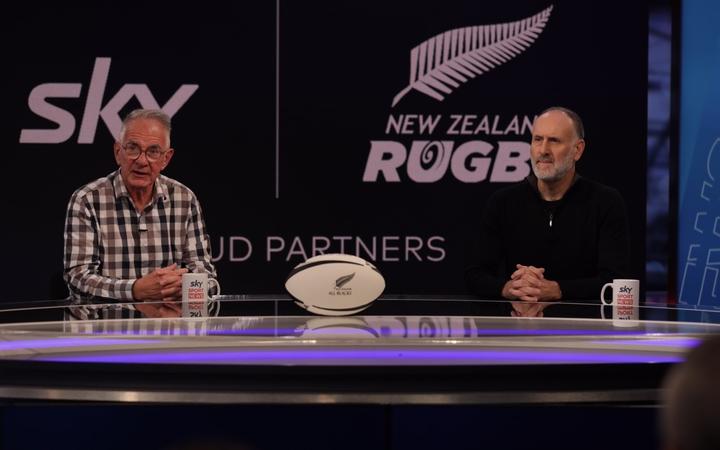 In the past this would be pretty normal, Sky had the monopoly on all sport and was the only place to watch rugby.

But with Spark Sport already showing the Rugby World Cup and getting the rights to cricket in New Zealand, Sky are going all in to keep a tight grip on what they've got.

The new deal includes NZR becoming a 5 percent shareholder in Sky, and it's this piece that's rightfully getting a lot of scrutiny.

The better Sky does financially, the better NZR will do. We all saw how Sky shares dropped significantly after losing the cricket rights, it's safe to say they would plummet if Sky ever lost rugby.

So in essence, after 2025, NZR would be foolish not to re-up the deal with Sky.

As a quick aside, this deal was done during a period when the incumbent broadcaster could negotiate exclusively.

It seems weird that NZR would just accept an offer without seeing what Spark (or anyone else, such as the widely rumoured Amazon) were willing to put on the table.

We can only speculate that Sky offered the 5 percent share as something that would disappear after the exclusive period.

So where does this leave Sky, NZR, and us, the sports-watching public?

As I mentioned it leaves NZR locked in with Sky for the foreseeable future. This, in turn, puts a lot of pressure on Sky.

Despite their recent revamp of Sky Sport Now, the product they've been offering has been lacklustre. Securing the rugby gives them some breathing room, but not a lot.

By no means can Sky cruise like they used to. And there are signs that they don't plan to.

They recently purchased their main competitor, Rugby Pass, an online service many disgruntled fans turned to during the last UK & Irish Lions tour.

This acquisition means if subscribers jump ship, Sky still gets a cut.

The difference now is that terrestrial subscriptions are declining, streaming sports is the future.

Consumers want to watch what they want, when they want to. Even Sky Sport Now's main offering is live TV, with on-demand as almost an afterthought.

And it's much more expensive than Spark Sport. At time of writing a Spark Sport subscription is $20 per month, Sky Sport Now is $50 per month, or $20 per week.

Consumers now have the choice to change their subscriptions as the seasons come and go. So during the cricket season you can have a Spark Sport subscription, then when rugby kicks off, you can pause Spark and move to Sky Sport Now.

It's more work for us, but it means we can get what we want, and that there's still competition between broadcasters. You can also just keep both services running if you can afford it.

Either way, if you're still getting your Sky through a set-top box, and you have good internet at home, then I would urge you to drop the terrestrial and go streaming and save yourself money.

Notably missing from the announcements is how much rugby, if any, will be available free-to-air or a plan for how this will grow women's or provincial rugby.

In the end it comes down to the flipside of a quote from Sky chief executive Martin Stewart on the new deal: "We have long known that there is mutual benefit when each of us succeeds."

What happens when one of them doesn't?

Hadyn Green is the Senior Technology Writer for Consumer NZ. He's been writing about, and watching, streaming sport for over a decade. He has developed a healthy cynicism about about most tech.