About a hundred disgruntled licensed gun owners have descended on the New Zealand First conference to tell the party leader Winston Peters that they feel like victims. 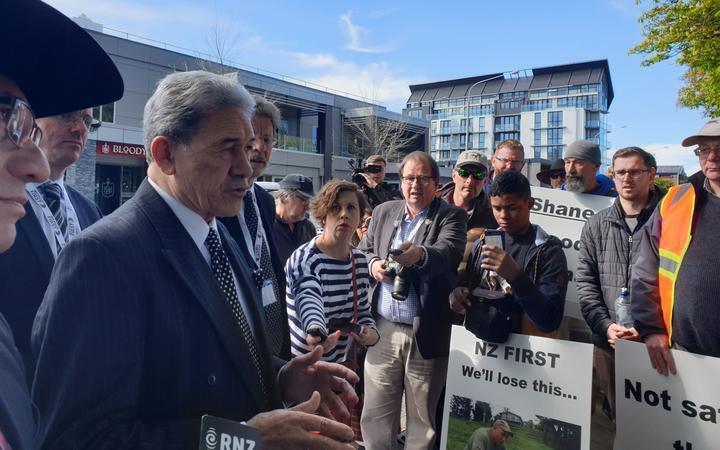 The group holding placards across the road from the party's conference in Christchurch got the attention of Mr Peters who spoke to them.

The gun owners are opposed to the second tranche of gun legislation, in particular, a gun register and police being able to turn up at their homes.

Sam Kircher from Methven travelled to Christchurch to join the protest and told media afterwards that he thought New Zealand First could win or lose votes depending on how they handled the proposed legislation.

"I'm happy to say I was a New Zealand First voter at the last election and I think a lot of firearms owners were. We've had great support from them in the past and we do feel left out in the open ... abandoned a little bit. So depending on what they do going forward they could lose or gain votes," he said. 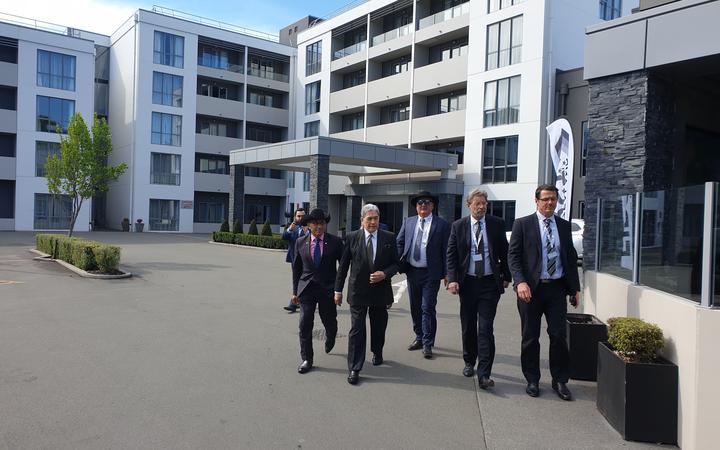 Mr Peters was flanked by MPs Shane Jones, Ron Mark and Clayton Mitchell when he addressed the crowd after being told they wanted to meet with him.

He told them nothing was certain and his party wanted to hear all of the submissions before forming a position.

"None of that's set in stone so to speak as we get the whole package put together and assembled," Mr Peters said. 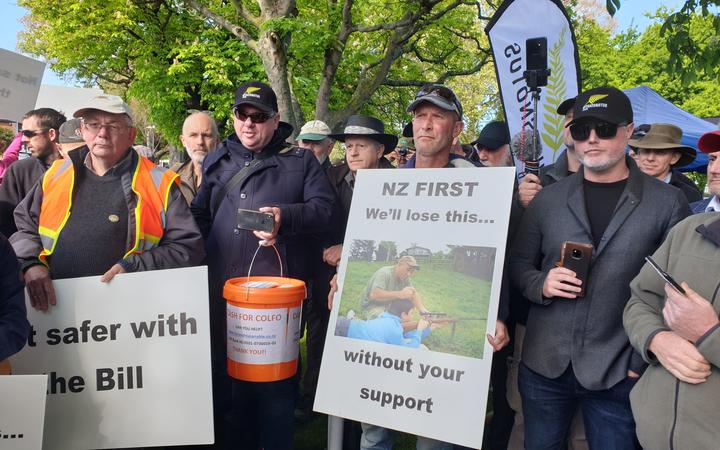 One gun owner told Mr Peters the legislation was being rushed so it would be through in time for the one-year anniversary of the Christchurch mosque attacks.

The 15 March attacks where 51 people were killed prompted gun reform - the first tranche of legislation that made some firearms and parts illegal was passed through Parliament in a fortnight.

Mr Peters told the gun owners it was news to him the second tranche was being rushed to meet the one-year anniversary.