A gun control advocate has said the proposed new laws aren't up to scratch in dealing with improvised firearms. 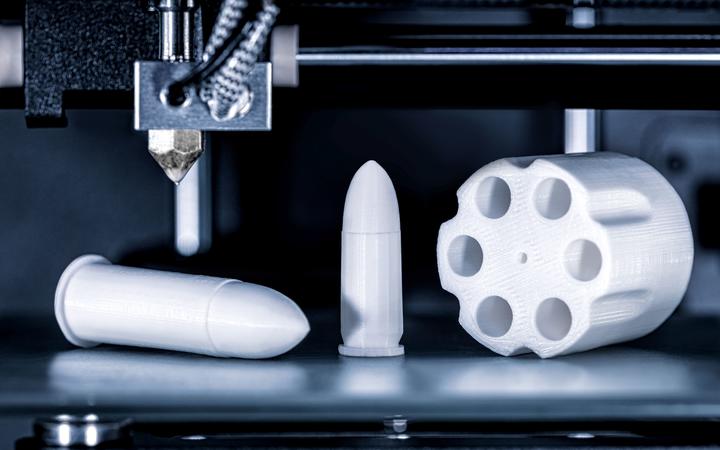 Two people were killed in an anti-Semitic terror attack in Germany on Wednesday, after the attacker used blueprints found online, and a 3D printer to put the gun together.

The attack has raised questions about regulations over homemade weapons, and in particular 3D printers.

Shortly after the attack, the International Centre for the Study of Radicalisation at King's College in London uncovered details about the weapon online.

It showed the firearm used in the attack was homemade - using a 3D printer with components made of plastic.

But video footage of the attack showed the gun repeatedly jamming.

"At the moment, the guns - as the man in Germany found - are not very reliable," she said.

How good are 3D printers?

Low quality 3D printers, use a fairly basic plastic material, with layers of glue keeping the layers of plastic together.

"The technology of laying it down isn't very rigorous. You can imagine lots of lines of glue, mounted on top of each other. Adhesion between the glue is not very strong.

"So trying to contain an explosion within that would be fairly lethal."

Good products created from such 3D printers are also strongly dependent on craftsmanship, and a certain level of skill.

"We call it digital craft, where you have to do repetitious tests, you modify the CAD files fairly intensely," Mr Stevens said.

"You print it out, you see how the print out compares to the CAD file.

"It would be quite difficult to then put a ballistics into it, or some kind of explosive and test it, which I assume people would start to notice, if you were blowing up things in your bedroom."

But Mr Stevens acknowledged serious advancements in 3D technology could be just five to ten years away.

Dr Cook said Wednesday's attack has raised questions about how to regulate such devices.

"In the future they will improve. And at the moment the new arms bill doesn't seem adequate.

"We need to have a system where all guns that are improvised or produced in any other way in New Zealand, need to have a serial number and need to be registered according to the law."

Improvised guns 'not an issue'

But Nicole McKee, who is the spokesperson for the Council of Licensed Firearms Owners, said improvised guns are not an issue in New Zealand.

"People realise that there is a safety aspect, and that it is quite dangerous if using completely plastioc firearms to detonate ammunition," she said.

She's worried if 3D printers are included in gun control legislation, it could impact 3D printers with their alternative uses.

"3D printing of firearms in New Zealand is not an issue, but 3D printing in New Zealand has been very helpful. Especially in the medical profession, and we need to make sure we can maintain balance, and have effective legislation that helps NZ society, not detract from some of the bonuses we can get from modern equipment.

The police were not available for an interview, but they provided a written statement saying they "continue to monitor commentary and developments around 3D firearms".

"Anyone in New Zealand in possession of a firearm must have a valid firearms license or endorsement, or be under the immediate supervision of a licence holder.

"Any person found in possession of a 3D printed firearms without a license or appropriate endorsements could be prosecuted."

Mr Stevens said we may need to be more cautious in the future, if 3D printing with metal becomes more affordable.

Currently, a low end 3D printer working with plastic costs about a thousand dollars, where a machine using metal is worth more than a million dollars.