A remit that would allow accredited employers to use 90-day trial periods for targeted groups, including released prisoners, has passed at the New Zealand First conference. 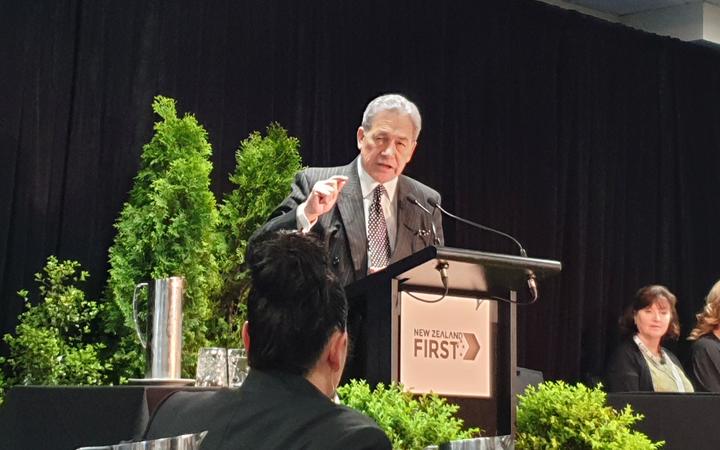 It was one of four law and order remits that were all quite controversial - two passed and two failed and all with slim majorities.

The remit was one of many that came up for debate at the party's annual conference that began in Christchurch today.

Along with 90-day trials, a commitment to investigate 100 hours compulsory community service for all people aged 15-19 years of age, also passed.

Remits which pass go to the party caucus to vote on before becoming official New Zealand First policy.

The two that failed were so close the chair called for an official count.

They were introducing degrees of murder and manslaughter similar to the United States system and implementing a split age criteria for alcohol purchasing so that 18 to 20 year olds can only drink at on licenced premises.

New Zealand First MP Darroch Ball was so against the split age that he stood and declared, "if you can die for your country at 18, you should be able to have a beer''.

In New Zealand there is only one degree of murder under the Crimes Act, even if the offender is charged with other serious crimes such as terrorism.

Tomorrow New Zealand First leader Winston Peters will make his leader's address, where a new policy announcement is expected to be delivered.

A few people opposed to recent gun reform protested outside the conference venue this morning.

New Zealand First has been in the spotlight for other reasons this week. One of its MPs, Clayton Mitchell, has demanded an apology from security guards who ejected him from a bar in Tauranga last Saturday night.

Bar staff accused him and his friend of behaving badly at Brew Co. Mr Mitchell strongly denied claims he had accidentally hit a female staff member on the head with a glass and spilled his drink on her.