Security footage of NZ First MP Clayton Mitchell being thrown out of a Tauranga bar looks unlikely to ever be aired - despite his leader Winston Peters promising a screening. 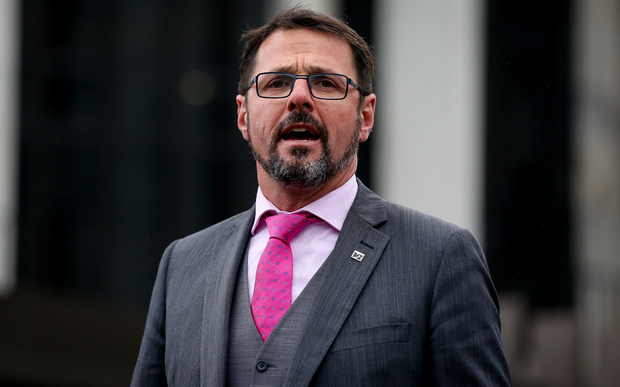 Mr Mitchell yesterday denied claims he'd behaved badly - including accidentally hitting a female bar staffer with a glass - and said security "buffoons" had over-reacted in "forcefully" removing him and a friend from the Brew Co bar on Saturday night.

Mr Peters went so far as to say video footage would "exonerate" his MP and invited media to watch it at the bar "next Saturday night" before jumping to conclusions.

But contacted by RNZ, the party refused to elaborate on exactly when, or even if, the screening would take place.

A spokesperson for Mr Peters declined to comment, and Mr Mitchell referred questions about the video to the bar's owner Matt Hayward, who he considers a friend.

Mr Hayward has not responded to RNZ's enquiries. Newshub yesterday reported Mr Hayward saying he had not watched the CCTV footage and there was "no chance" he would show it to the news organisation.

One of the security guards who removed Mr Mitchell, Jon Domoney, said he hoped the screening would go ahead as it would confirm his version of events, but he doubted it would happen.

"One hundred percent, I would love for that footage to be put out there, so it actually proves... that it was Clayton being a bit of an egg," he said.

"[But] there's no way that Matt is going to show that footage."

Mr Domoney - who works for Platinum Security Solutions - told RNZ he'd been told not to return to Brew Co and would be starting a new shift at a different Tauranga bar tonight.

He denied being connected to any political party and said he only spoke to media after being told what Mr Mitchell was claiming about him and his fellow staff.

"I've got no connections of any kind with political groups or anything like that... I've got no reason to make anyone look bad. I'm just doing my job."

Mr Peters yesterday encouraged reporters to check out video footage of the incident, saying it would prove that "alarmism" was not justified.

"Why don't you look at the video? That exonerates Mr Mitchell totally," Mr Peters told reporters.

"We are so happy for you to see it that we ask you to turn up on Saturday night, have a good hard look at it, and then tell the public what you think."

Mr Peters admitted he had not seen the video himself, but said he had been informed of its content by someone he had "enormous trust" in.