Reporters will be totally excluded from the prime minister's meeting with US President Donald Trump tomorrow, but Jacinda Ardern says it wasn't her decision. 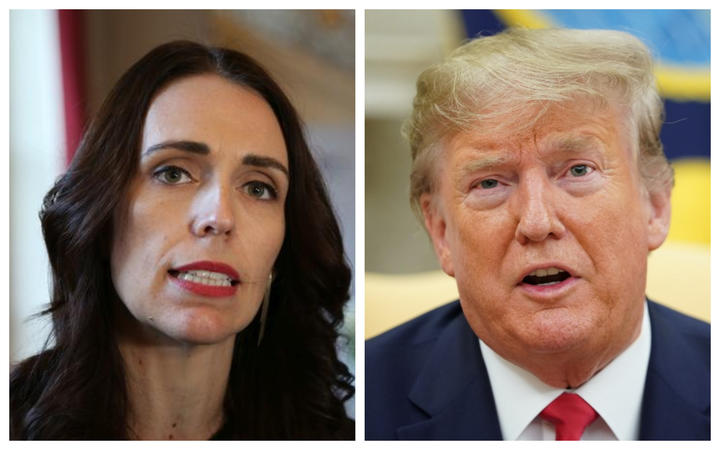 Jacinda Ardern says it isn't her idea that her meeting with US President Donald Trump be off-limits to media. Photo: RNZ / AFP

Ms Ardern arrived in Manhattan early this morning for several days of high-profile speeches, functions and meetings alongside the United Nations General Assembly.

Before departing New Zealand, she sought to dampen expectations around her first official meeting with Mr Trump, to take place tomorrow morning (NZT), stressing they had spoken informally before.

Speaking after her arrival in New York, she told reporters it was a "good opportunity" to raise New Zealand's ambition for a free trade deal with the United States.

"These things do take some time to work through, but it's worth registering that an agreement for New Zealand would be meaningful.

"We are trying to make sure that we've got resilience for our exporters by widening up the number of free trade agreements New Zealand has."

Ms Ardern said she would also discuss the government's so far unsuccessful bid for an exemption from US steel and aluminium tariffs. 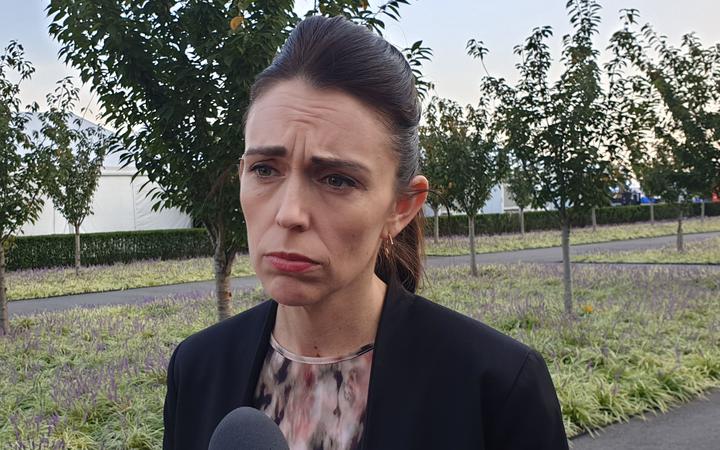 Speaking to reporters in New York, Jacinda Ardern said she intends to ask Donald Trump to give New Zealand an exemption from US steel and aluminium tariffs. Photo: RNZ / Craig McCulloch

She declined to go into much detail about other topics of conversation, but signalled it was possible the two would discuss climate action as it was a key theme of leaders' week.

"I have no qualms talking about New Zealand's position on climate change to any leader regardless of the position they may take."

At similar encounters alongside the General Assembly, media are typically allowed to film world leaders greeting each other, and sometimes their opening statements, ahead of their official sitdown.

But, in an unusual move, reporters - from both New Zealand and abroad - have been told they won't be allowed near the meeting and will instead be provided with an official photograph.

Asked whether the restriction was imposed by New Zealand, Ms Ardern said it was not and she did not know why the strict conditions were in place.

Mr Trump's press schedule - issued by the White House and published online - reveals his sit-down with Ms Ardern is the only one "closed" to media tomorrow.

It also describes the meeting as a "pull-aside" rather than a "bilateral meeting".

Ms Ardern will also meet the UK Prime Minister Boris Johnson earlier in the day, in a last-minute addition to her schedule.

She said she expected to continue her last conversation with Mr Johnson which had focused on efforts toward a post-Brexit free trade agreement.

"He was very enthusiastic about those negotiations [and] in fact wanted New Zealand and the UK to be talking immediately."

Ms Ardern said she would also seek an update on the situation with Brexit.