Young climate change activists demanded a greater role in decision-making today as they met leaders at UN headquarters, saying that their growing voice on the streets had yet to earn them a seat at the political table. 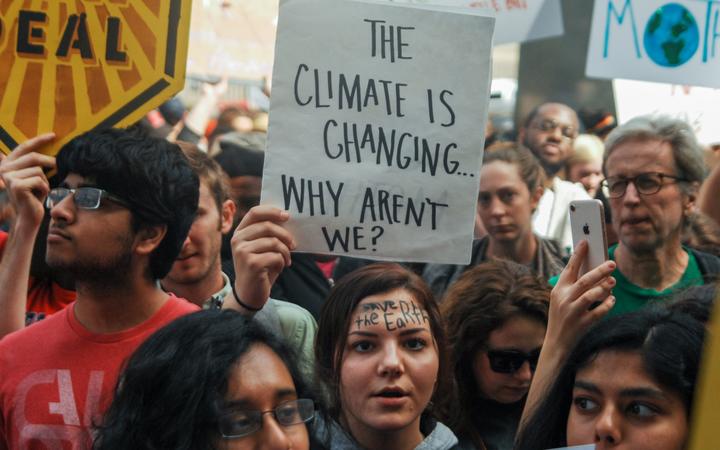 "The decisions about our future are still being made largely without us," said Marina Melanidis, a Canadian delegate at the gathering, held ahead of a UN summit from Monday aimed at accelerating action to tackle global warming.

"Young people deserve to co-design their own futures - and honestly, you can't do that without us," she told UN officials.

Former Chilean president Michelle Bachelet, the UN High Commissioner for Human Rights, agreed young people should have more influence over policies that will affect them, particularly with regard to climate change.

"We need young people represented in the places where decisions are made, rather than simply protesting outside that system," she said.

Komal Karishma Kumar, of Fiji, warned young people would start to hold leaders accountable at the ballot box if they did not step up efforts swiftly to address climate threats.

"We will mobilise to vote you out," she promised.

The Pizol glacier in the Swiss Alps. From top: Summer 2006, August 14, 2017 and September 4, 2019 provided by glaciologist Matthias Huss. Swiss mourners will undertake a "funeral march" up a steep mountainside to mark the disappearance of the Alpine glacier amid growing global alarm over climate change. Photo: AFP

UN Secretary-General Antonio Guterres recognised the leading role of young people in street protests that have pushed the urgency of curbing global warming up the political agenda.

More than 4 million people marched on Friday in a series of rallies all around the world to demand that governments do more to rein in rising temperatures and help those who are suffering from worsening extreme weather and rising seas, organisers said.

In the face of pressure, governments are beginning to respond - and "largely this change in momentum was due to you", Mr Guterres told about 1000 young climate campaigners from more than 120 countries at the one-day summit.

But, he warned, "we are still losing the race. Climate change is running faster than we are."

At Saturday's summit, Swedish teenager Greta Thunberg, a figurehead of the youth movement, described it as "unstoppable".

Other participants spoke about efforts they are leading to cut emissions or reduce climate impacts back home.

Those range from apps to help African farmers adapt to changing weather, to campaigns to ban plastic, teach students about climate change, or capture carbon dioxide from the air.

Others said they were pushing for youth advisory panels that have direct access to government climate ministers - something now in place in Denmark - or launching smartphone apps to better coordinate and popularise climate action.

One activist challenged Microsoft's chief environmental officer, who was on a panel judging youth presentations at the summit, over the technology giant's contracts with fossil fuel companies.

"Do you care more about profit than you care about us?" she asked, to thunderous applause. The official replied that the "entire tech sector" was grappling with such ties.

Other activists said they were prepared to take strong personal action, such as pledging not to have children until their governments acted on climate change.

Solomon Yeo, 24, a law student from the Solomon Islands, said he and others were working to fill gaps in international law, in part by drawing links between a warming climate and how it threatens human rights.

They hope to find ways to eventually get cases involving climate change liability before the International Court of Justice, which Mr Yeo said would "help states understand their duties to protect future generations".

Emmanuel Mobijo, 24, of South Sudan, who works on tech innovation and peacebuilding, as well as climate action in his conflict-torn country, said rainfall was fast becoming scarcer there even as many families still relied on farming.

"The youth here have answers - this meeting has shown it," he told the Thomson Reuters Foundation.

"But we will not have enough answers for the questions of the next generation if we don't act now." 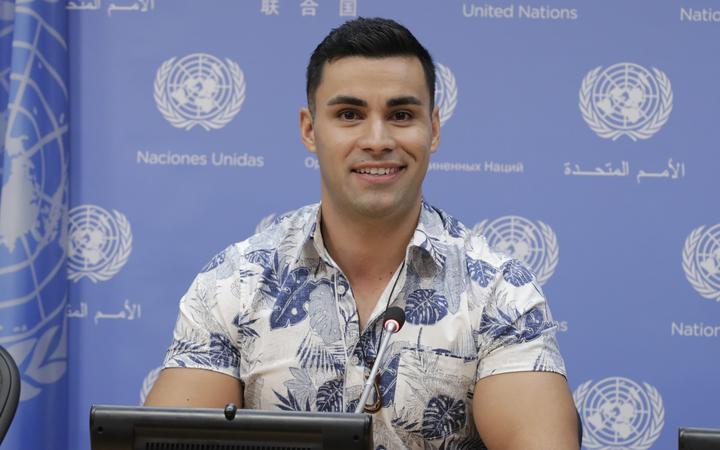 Pita Taufatofua, an Olympic athlete from Tonga who lives in Australia, broke down in tears describing how his Pacific island homeland had seen half of its buildings destroyed by a powerful cyclone while he competed in skiing at the 2018 Winter Olympics in South Korea.

"If 50 percent of New York disappeared, people would act," he said.

"50 percent of my country was wiped out in one night and people haven't acted yet."

Gabriela Cuevas, a Mexican legislator, urged youth leaders to search for ways to "translate your activism into policy and legislation".

"Do not expect the same people (in power) will change everything," she said. "So, welcome to politics."