By Tessa Johnstone for Shift Change*

Getting around has never been a problem for Catherine Hill and James Brown - despite the fact that they have not owned a car since the mid-90s. 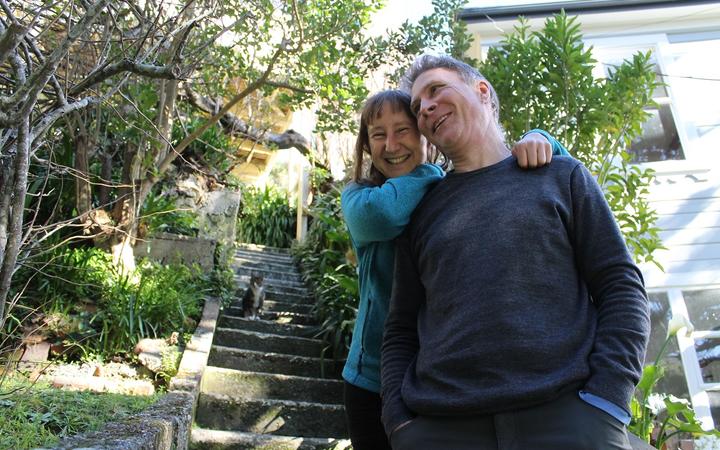 Catherine Hill and James Brown have not owned a car since the mid-1990s. Photo: Supplied / Tessa Johnstone

After spending a year living in Dijon, France, where they saw the historic city struggling to cope with the cars choking its narrow, cobbled streets, the pair concluded that they disliked cities built around cars rather than people.

"We were amazed at how the ground level of the city was devoted to cars, as much to parking as to getting around. It seemed very, well, carred. We disliked how its landscape privileged cars," says James.

So when they came back to New Zealand in 1996, baby on board, they decided they wouldn't be a part of car culture and built their life around that choice.

After the birth of their first child, they walked home to their flat on Colombo Street in Newtown, Wellington.

"The people at the hospital were like, oh my god, that's impossible," James laughs. "But it was only a few hundred metres."

When they were able to buy a house, the fact that they didn't have a car and had no intention of buying one shaped their choices.

They were able to buy a house in Island Bay, with 40 steps up to the house, and no garage or off-street parking, because they didn't need it.

Their second child was born in their living room so thankfully there was no walk home after that.

The Wellington suburb then became their universe. 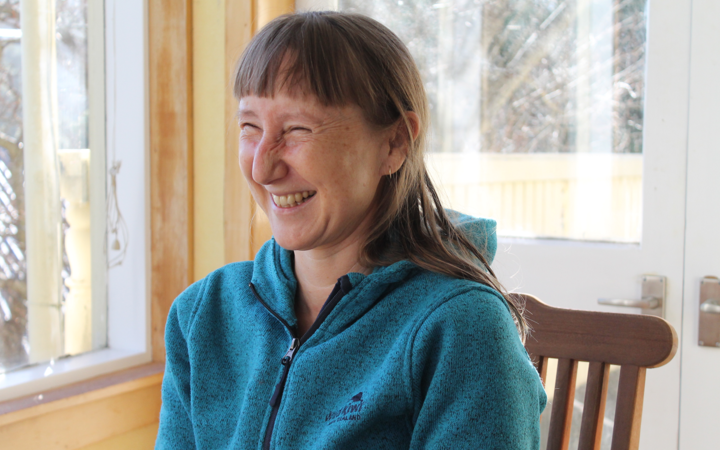 "When the kids were little, I just walked everywhere," says Catherine. "Everything was just local - I had playcentre down the road, we had dance classes in Island Bay. I don't think I moved much out of Island Bay at all."

While Catherine cycles every day to work now (she reckons she's fitter than she's ever been), when the kids were young she simply relied on buses to get her where she needed to be. Their collapsible stroller became one of the most important items they owned.

When she was finishing up her PhD at Victoria University, she caught the bus up there with her then one-year-old and remembers the daily commute with fondness now.

"I still see people who were catching that bus. It was the same people every morning. And because I was struggling on with a 1-year-old and a pushchair… It was like a little community, they were very nice some of those people."

The family, at times, had to be inventive - James occasionally rode his bike with daughter Tessa perched on the crossbar, a pillow and bungee cord providing a seat; and tramping trips were sometimes a case of packing up the bags and the tent and walking out the front door and over to Red Rocks on Wellington's south coast for an overnight rather than going to a national park.

But for the Hill-Brown family, it just became normal.

"It became us," says Catherine. "After a point, it was almost as if we'd have been betraying ourselves if we got a car."

Both James and Catherine say that not having a car has pushed them into building community around them, and their lives are better for it. 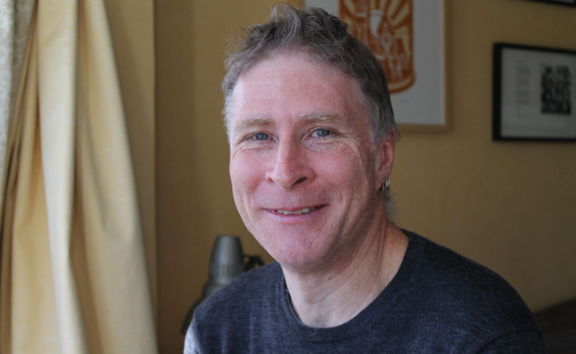 James Brown says not having a car has taught their kids independence. Photo: Supplied / Tessa Johnstone

"I think it's built our sense of community, our belonging in the community," says Catherine. "People generally quite like to help. If you're doing it for the environment …[asking for a ride] is a way of spreading that message, that we don't need five cars going to the same place."

James says while there is the odd twang of embarrassment in always being the person to ask for a ride, most people are good about it.

Both Catherine and James can drive, so when they do have access to a car, they try to make up for it by repaying that generosity and being the people to do the running around.

When their children were teenagers, they had neighbours who gave them a key to one of their cars that they were able to use in emergencies or if they were just having a hard day.

For the most part, using buses, walking and biking, got them around just fine, and Catherine and James say being car-free built their kids' sense of independence.

"They learnt that their parents weren't parents that were going to be picking them up and dropping them off until they were 22," says James. "We do know people who are still picking up and dropping off their kids. And we would too if we had a car. "

Their daughter Anna, who's now studying and working in Auckland, backs them up on it.

"I would never feel trapped anywhere because I could just bike or bus or organise rides so I wasn't dependent on my parents to go places. Also they didn't drop me places so if I was going to a 'sleepover' - party - in high school they wouldn't know."

Anna says the most challenging bit about her family not having a car was learning to drive - but like her parents, she worked around it, and borrowed a friend's car to learn in.

It's always been normal to her to live without a car, so despite living in Auckland, she still doesn't own one.

"Not having a car makes lots of sense to me. It's not necessary in Wellington or in small towns where you can get around easily.

"Auckland is far trickier to not have a car in, but my boyfriend and I manage. I think everyone having cars is super unnecessary - they're kind of just a waste of money.

"I think it's just really important to view them as an optional thing that you should weigh up the pros and cons of before you get one."

The Hill-Brown family are more and more of a rarity in their rejection of car ownership. New Zealand's cars per capita rate grew by more than 20 per cent between the year 2000 and 2017.

We have one of the highest car ownership rates in the world, with the number of households with no car or just one car steadily declining since the mid-90s, and the number of kilometres we're doing grows every year too.

While electric vehicles are a fast-growing part of our national fleet, they still only make up a tiny fraction of it. All of that adds up to a lot of CO2 - to be specific, 17.9 per cent of New Zealand's emissions come from road transport.

James says when they made a decision to go car-free back in the 1990s, there was some public awareness of air pollution, but climate change "wasn't really a thing".

Catherine says that now, being car-free is a choice they continue to make for the environment.

"Economically it's been really good for us, we saved a lot of money. We've been able to live a lot nicer life because of it. And environmentally, it's just hugely important for us to not have a car. For me, it would be a really big compromise [to get one now]."

Despite growing public concern about environmental issues, when asked if it's easier to be car-free in Wellington than it was 20 years ago, Catherine cites urban sprawl and high house prices as a barrier.

"What has changed? What made it possible for us was making it the core of a lot of our decisions. And you still have to do all that now. To be honest I think in Wellington it's harder. For example, we'd never be able to afford to buy in Island Bay now. The people I know buying houses are having to buy further out. They don't have the freedom to make that decision."

The couple know going car-free isn't a choice that's possible for everyone, but for those who are able to, they'd encourage them to think about it. Catherine explains why.

"To me it's a no-brainer. We've got a lot more out of not having a car, and our children have, than we've lost."

* This story was first published on Shift Change, which tells stories of ordinary people striving for a sustainable Aotearoa.